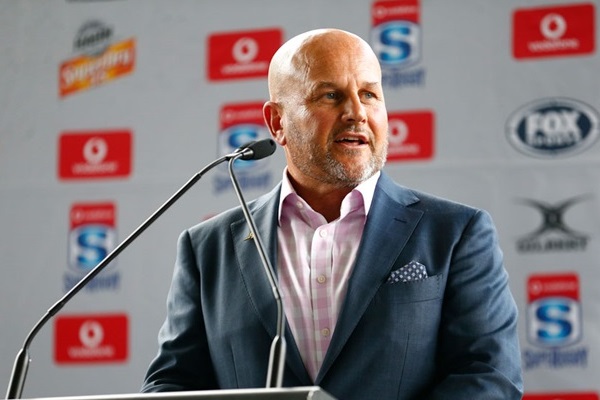 Clarke, who left Rugby Australia in 2017 after also serving as the Chief Executive at the Brumbies and Melbourne Rebels, will fill the role as Raelene Castle’s short-term replacement.

He will take up the interim role immediately and take pressure off interim Chairman Paul McLean, who has been undertaking both roles since Castle stood down almost two weeks ago.

While having been Rugby Australia’s Chief Operating Officer on two occasions he is not looking to be the organisation’s full time Chief Executive, explaining “the game is facing some unprecedented challenges and like all rugby supporters and people working within the game, I want to see Australian rugby get through this and emerge on the other side with greater certainty and a positive outlook.

“That is a challenge that I am very willing to take on and that’s what the focus will be over the next few months while the board conducts its search for a permanent CEO.”

Clarke’s appointment came just hours after Wiggs’ resignation following a disagreement with McLean over the recruitment process for the Chief Executive.

Suggested as Rugby Australia’s next Chair since his arrival in March, Wiggs, the Chairman of Supercars, had reportedly been pushing for Australian Olympic Committee Chief Executive Matt Carroll to immediately succeed Castle.

McLean entertained the prospect, according to emails published by The Australian on Wednesday. However, citing a conflict of interest because of Wiggs’s friendship with Carroll, McLean suggested the former remain as a Director and instead promote incoming board member Hamish McLennan to the position of Chairman.

Fellow board members had objected to the pace of Wiggs’s plans that would have skipped any formal recruitment or interview process.

Wiggs, who was instrumental driving Rugby Australia’s player pay-cut deal during his brief time on the board, replied by saying what little regard he had for the board had “extinguished” and he would resign on Wednesday.

McLennan, a former Network Ten and News Corp senior executive, has been reported as the most likely person to assume the Chairmanship.

The code, which is awaiting rescue funds from World Rugby, faces a potential revenue loss of $120 million if no play is possible in 2020.

Clarke (pictured) will have to deal with this, charting a way for rugby union competitions to resume while also trying to negotiate a new broadcast deal. A return to play committee is behind the code’s push to launch a revamped domestic Super Rugby season in July, while a Bledisloe Cup series remains a prospect later this year.

McLean advised “our absolute priority is to get the game back up and running across the country and supporting our community so that the game is in the best position to move forward from this current period of uncertainty in a position of good health.

“We believe Rob is the right person to enable us to achieve those objectives.”

He is reported to have spent his own money paying for a detailed financial analysis of Rugby Australia’s books and devoted considerable time trying to work out how rugby union can improve its financial position.