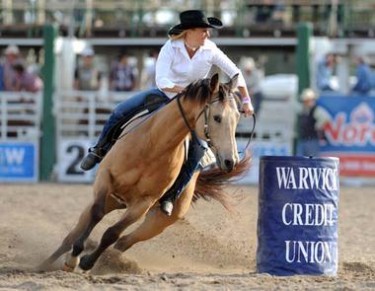 The Royal Society for Prevention of Cruelty to Animals (RSPCA) is calling for a sponsor boycott of a Queensland's Warwick rodeo following allegations of animal cruelty.

Organisers took more than half an hour to put down an injured bull at the rodeo at the end of October which led animal welfare group Animals Australia lodge a complaint for breaches of the Queensland Animal Care and Protection Act.

The incident, in which the bull was a clear distress after breaking its leg was watched by hundreds of spectators.

RSPCA Queensland Chief Executive Mark Townend told News Limited that his organisation had previously enjoyed a good working relationship with the Australian Professional Rodeo Association (APRA), but news of the bull's death has caused them to rethink their position.

Townsend stated "when an animal gets hurt like this bull ... you might want to look at some other form of entertainment.

"Times have changed, we know a lot more now, you can get great entertainment without being cruel to animals.

"Rodeos are against our policy, but particularly when animals being injured for no good reason."

Townsend issued a call for Warwick rodeo sponsors Big W, Norco, Theiss and Bundaberg Rum to end their support for the event, stating "we're just saying places like Big W should think twice about their sponsorship."

Thiess said it had sought an explanation from APRA in relation to the bull's death, a spokesperson stating "this matter is currently under investigation by the RSPCA and Thiess will consider the findings of that investigation should we again be asked to sponsor a rodeo."