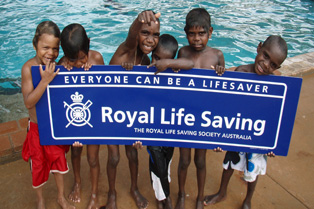 Royal Life Saving Society – Australia (RLSSA) has stated that it “is deeply alarmed” that the nation’s drowning toll has risen to its highest level in the last seven years, with 314 drowning deaths occurring in Australian waterways between 1st July 2009 and 30th June 2010.

Launching the RLSSA 2010 National Drowning Report, Society Chief Executive Rob Bradley explained that following on from the previous year (where the number of drowning deaths jumped by 16%) there's now been another increase, which may point to an alarming upward trend in drowning deaths.

In the past two years the number of people drowning in Australia has increased by close to 21% - after a period of time where the number of drowning deaths was steadily dropping.

Bradley says this year's drowning statistics highlight a range of issues where solutions are urgently required to reduce drowning in line with the Australian Water Safety Councils goal of a 50% reduction by the year 2020. Bradley says that a range of strategies have to be funded and implemented by government, by organisations such as Royal Life Saving and by the community in order to make a real impact.

Bradley stated “we are staggered and very concerned by the increase in drowning deaths and the reversal of the long-term downward trend. We remain absolutely committed to driving national efforts to reduce drowning. We are committed to a coordinated and targeted approach to prevent drowning in communities across Australia. We will continue to work closely with governments, organisations, the community and the corporate sector to address this alarming situation."

RLSSA says children - particularly those under five years - are the most vulnerable to drowning. They highlight that child drowning is preventable and that the RLSSA ‘s Keep Watch program offers critical actions to highlight that close constant and focused supervision is important plus restricting children's access to water; water awareness and ensuring people have up-to-date resuscitation skills. RLSSA reminds all Australians to regularly check pool fences and says improved pool fencing legislation is needed. 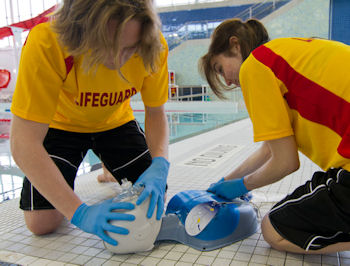 As Bradley adds "drowning rises steeply as children become more independent, and participate in more high risk activities such as swimming in rivers, dams and at the beach. Royal life Saving calls for greater emphasis on building strong skills in swimming, lifesaving and drowning prevention skills during schooling to prepare youth for the risks associated with swimming, boating, fishing in rivers, dams and the ocean."

Drowning in people over 55 now represents a third of all drowning deaths and it is clear we need urgent strategies to protect those in this age group. RLSSA says there is a critical need for a coordinated approach to a national drowning awareness/prevention campaign to reduce drowning in the over 55s, including the targeting of high risk recreational activities, awareness of the impact of health and medication on drowning, and renewing skills in lifesaving. Alcohol continues to be a significant issue in drowning incidents. A NSW study found that in the 18 to 34 age group, close to one in two male drowning deaths were linked to alcohol.

Bradley concludes that "drowning is a very significant issue for regional Australians with over 50% of all drowning deaths happening outside of major cities. Royal Life Saving calls for the upgrading of regional aquatic facilities to ensure that people living in rural Australia have access to the same levels of swimming and water safety education as those living in the cities. They say it is time there was more clear identification of river drowning black spots as well as an increased focus on water safety education for regional and remote schools.

"People continue to drown at beaches and Royal Life Saving advises people to swim only at patrolled beaches but reminds people that it is too late and too dangerous to learn to swim at the beach. If you are not a strong swimmer, the local aquatic centre provides a safer more, controlled place to swim on a hot summer day."

RLSSA emphasises that a coordinated approach must be implemented to ensure that the number of drowning deaths are reduced, unnecessary confusion and duplication of messages is avoided.

For more information go to www.royallifesaving.com.au//resources/documents/2010_Drowning_Report.pdf