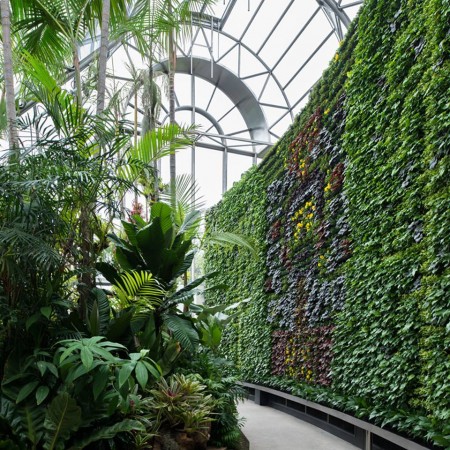 The Royal Botanic Garden Sydney has celebrated its 200th birthday with a community Garden Party and the opening of its new $17 million horticultural exhibition space.

The new permanent exhibition space, named The Calyx, features the largest living green wall in the southern hemisphere and will host a range of different exhibits - changing every nine months.

Opening the new exhibition space, NSW Environment Minister Mark Speakman stated “the Calyx is a fusion of art and flora and will feature themed exhibitions that address conservation and environment issues in an imaginative, accessible way.

“It is a welcome addition to our wonderful Royal Botanic Garden and to the city of Sydney as a whole.”

Founded by Governor Lachlan Macquarie on the traditional land of the Cadigal people, the Garden is Australia’s first scientific institution and botanic garden. It has and continues to be a favourite place for visitors and Sydney siders alike to come to share, to relax, to discover, and to be inspired. 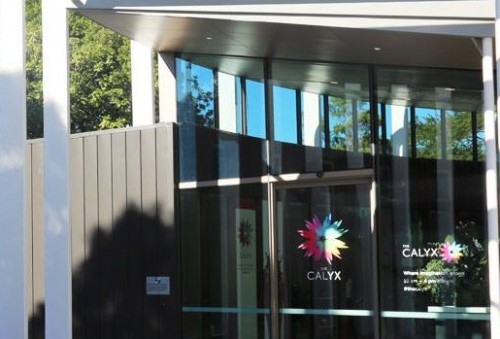 “The Garden is also one of the top 10 tourist destinations in Australia for international visitors.”

Expected to attract more than 150,000 people in its first year, The Calyx’s launch exhibition Sweet Addiction – the Botanic Story of Chocolate aims to show visitors how chocolate is made – from seed to sweet treat. The exhibition will run until Easter 2017.

Key features of The Calyx include:

• A 285 metre² interior green wall featuring more than 18,000 plants
• The pre-existing arc glasshouse, designed by renowned Australian architect Ken Woolley, retained and incorporated into the new building
• Exhibition plants that have been grown in the Garden’s technologically advanced glasshouse or sourced from across Australia
• Flexible indoor and outdoor gallery and function spaces 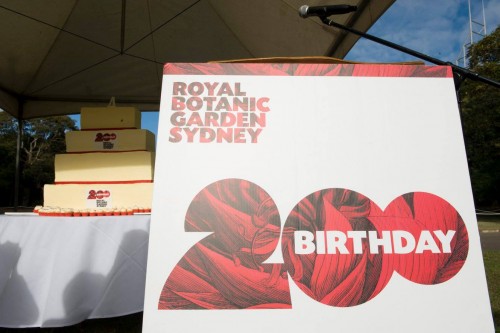 The Garden's birthday celebration included the cutting of a birthday cake, a commemorative tree planting and the Fort Denison cannon being fired twice at 1pm on 13th June to mark its significant and rich 200 year history.

1pm was selected as it was that exact moment on 13th June 1816 that ‘tools down’ was called on the completion of Mrs Macquaries Road marking the founding day of the Royal Botanic Garden Sydney.

Image: The largest green living wall in the southern hemisphere at The Calyx exhibition centre in the Royal Botanic Garden (top), the exterior of The Calyx (middle) and the 200th birthday celebration (below).