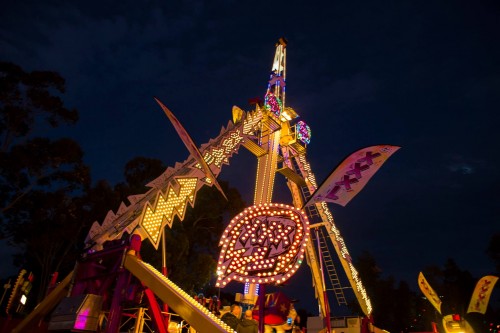 With the 2016 Royal Adelaide Show opening today (2nd September), SafeWork SA has been conducting extensive safety inspections to ensure worker and patron safety across the showgrounds.

Beginning last week, a team of inspectors have been auditing the Show’s 56 carnival rides, tent and marquee safety, entertainment stages and the storage of dangerous substances.

Boland added athat “inspectors will again have a visible presence at this year’s Show wearing SafeWork SA uniform and hi-vis vests, and I encourage patrons to report safety concerns to us at any time.

“Our inspectors are available to anyone wishing to make a safety complaint or notify of an incident. We encourage show patrons who experience any concern about safety at the show to contact us immediately.

“During the show, our Inspectors will also spot check amusement devices as well as monitor other areas of the show, with two Inspectors on patrol at all times.”

SafeWork SA is working with the Royal Agricultural and Horticultural Society of South Australia (RA&HS), their safety officers and amusement rides industry to ensure the safety of the workers and patrons.

RA&HS Chief Executive John Rothwell adds that “the Society has a strong commitment to safety in general and encourages all patrons to be aware and alert of their surrounds.”

South Australian Police will also have a highly visible and proactive police presence in and around Adelaide Showground during the 10 days of the Show to ensure the event remains a safe destination for families.

Police Commander Superintendent Lyn Dunstan explained “iIn addition to uniformed, unmarked and bicycle patrols, we will have Passive Alert Detection (PAD) dogs and horses at the showground to detect and prevent offending in the area.

“Members of our Public Transport Safety Branch will also help to ensure the safety of commuters travelling to and from the Show.

“Historically, police have been very pleased with crowd behaviour at the Royal Adelaide Show, especially given the number of visitors passing through the showground.

“The major issue we encounter within the showground is missing children.” 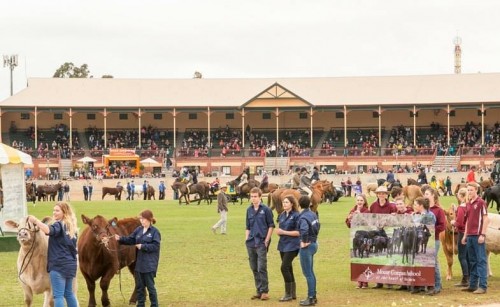 To counter this, parents are encouraged to obtain a ‘Lost Person’ wristband as they enter the Show.

Echoing technology introduced for the 2016 Ekka in Brisbane, the free wristbands can be obtained at several points near entry points to the Show.

Rothwell also encourages showgoers to be mindful of their safety, explaining “with half-a-million people attending the Show annually and thousands of animals on-site at any one time show-goers do need to be mindful of what’s happening around them.”

The 2014 Show experienced tragedy when an eight-year-old girl died after she was flung from aride. SafeWork SA alleges that the safety inspection company tasked to ensure the safety of the ride failed to properly inspect it.

The company is contesting these charges.

The Royal Adelaide Show runs from 2nd to 11th September.