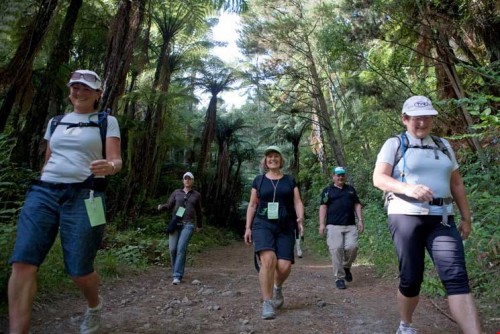 One of Rotorua’s most popular events, the Rotorua Walking Festival, will this year celebrate its 25th anniversary.

Being held on the weekend of 17th and 18th March, this year the event will bring walkers from all around the world to join with local and other domestic visitors to walk in Rotorua’s magnificent forest, parks, geothermal and lakeside areas.

Organising Committee Chair Deryck Shaw noted that when the first event was held in 1994 there were few annual events in Rotorua and none that were truly international in their profile and scale of participant attendance.

Now, the annual event attracts participants from as far afield as Netherlands, Belgium, England and Germany along with Australians, Japanese, Korean and Taiwanese.

As part of the Festival there will be some changes to the routes, special celebrations including a Saturday night function at Te Puia and special acknowledgements to the many partners such as Rotorua Trust, Rotorua Lakes Council, Rotary Club of Rotorua West, Netherlands Society, Te Puia and Lakes City Athletic Club who have supported the event over many years. 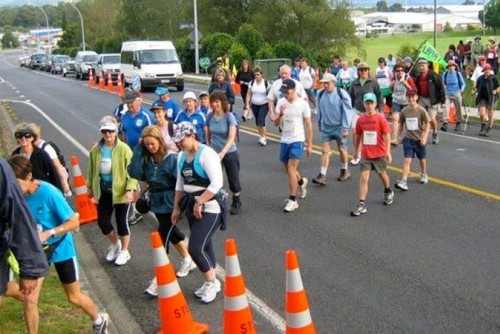 Shaw noted that while there were a number of dimensions to the festival such as recreation, health and accomplishing a walk, the Festival had always promoted its Rotorua base with local musicians keeping the walkers entertained and it had also financially supported many local charities.

Shaw paid tribute to the many volunteers who had assisted with the event over its 25 years and the walkers, some of whom had participated in the event since its inception. While the event had many highs and lows including a cyclone to contend with, one of the reasons that it had endured was the commitment of a small number of people to ensure the event lived up to its international reputation and continued to develop as it needed to.

For more information on the Rotorua Walking festival go to www.rotoruawalkingfestival.org.nz