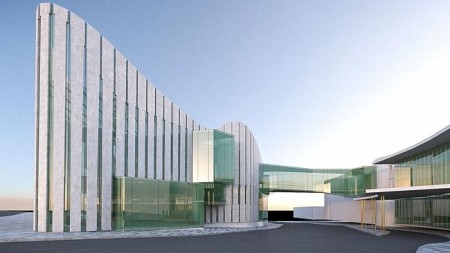 The plan, which will see $40 million spent on a 2,000-seat entertainment centre and the remaining $15 million on a 500-space carpark, and would be operational from 2017.

The proposed entertainment centre would rival theatres in the central Sydney with its capacity rivalling Sydney's Enmore, Capitol, State and Lyric theatres.

The expansion is part of ongoing redevelopment of the site which saw a $5.5 million fitness facility open in 2008 and the Sydney Gymnastics and Aquatic Centre opened in 2013.

Rooty Hill RSL Chief Executive Richard Errington said the project had been in the works for about two years.

He told Sydney newspaper The Daily Telegraph "we have always worked on the belief that if we build something big then they shall come “We believe we are a destination attraction founded on the back of providing great entertainment.

“Why shouldn’t Western Sydney have something so good?”