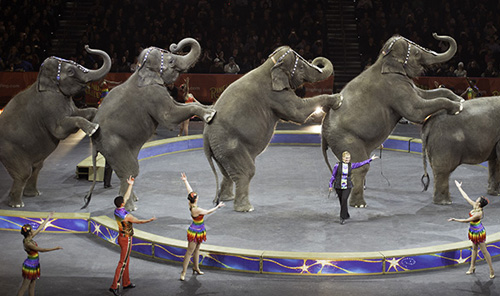 North American animal rights groups including the Humane Society of the United States (HSUS) have ended their long-running litigation with Feld Entertainment this week by paying nearly US$15.75 million to settle unproven allegations that Feld’s Ringling Bros. Barnum & Bailey Circus was mistreating elephants.

Feld Entertainment Chief Executive and owner Kenneth Feld said the verdict by the U.S. District Court in Washington ends the 14-year litigation and vindicated his circus’s treatment of the animals it uses in its act.

The settlement covers the legal costs incurred by Feld Entertainment defending the allegations. The company, which began decades ago in Washington and recently moved most of its operations to Florida, was represented by the law firm of Norton Rose Fulbright.

Feld told US media “we hope this settlement payment, and the various court decisions that found against these animal rights activists and their attorneys, will deter individuals and organisations from bringing frivolous litigation like this in the future.

“This settlement is a significant milestone for our family-owned business and all the dedicated men and women who care for the Ringling Bros. herd of 42 Asian elephants. We look forward to continuing to set the standard for providing world-class care for all our animals and producing high quality, family entertainment.

“The important thing is it’s behind us. We can focus on our entertainment business and on the welfare of all the elephants, here and in Sri Lanka and also at our Center for Elephant Conservation in Florida.”

The initial lawsuit claiming the elephants were abused was filed in 2000 by a former Ringling circus barn worker who was later found to have been paid at least $190,000 by the animal-rights groups to back their charges.

A judge rejected the claims following a 2009 trial.

Feld subsequently filed a racketeering claim against the groups to recover legal costs.

HSUS and animal rights groups the Fund for Animals, Animal Welfare Institute, Born Free USA (formerly the Animal Protection Institute), the Wildlife Advocacy Project, the law firm of Meyer, Glitzenstein & Crystal, and several current and former attorneys of that firm, paid the settlement for their involvement in the case brought under the Endangered Species Act (ESA) that the U.S. District Court ruled was “frivolous,” “vexatious,” and “groundless and unreasonable from its inception.”

In December 2012, the American Society for the Prevention of Cruelty to Animals (ASPCA), a former co-defendant in the case, settled its share of the lawsuits by paying Feld Entertainment $9.3 million. Today’s settlement brings the total recovered by Feld Entertainment to more than $25 million in legal fees and expenses, which the company actually spent in defending the ESA case.

In a statement following the ruling, Michael Markarian, President of the US-based Fund for Animals explained “the court never ruled on the central question of the abuse of circus elephants in this 14-year-old case, and the groups and their lawyers decided to settle the cases and avoid incurring additional costs.”

Wayne Pacelle, President and Chief Executive of the Humane Society of the United States, said the settlement is covered by insurance and no donor money will go to Feld.

Pacelle’s statement added “with the funds Feld is receiving, we urge the company to combat the killing of tens of thousands of elephants for their ivory.

“An additional $15 million can save countless elephants, by putting more armed guards on the ground or by working to reduce demand in ivory-consuming countries.”

In an industry communication, Feld Entertainment concluded “a settlement of this size, coupled with multiple court rulings, clearly demonstrates what we have said all along – we are the experts when it comes to caring for Asian elephants and our animal welfare programs are the best in the world.”

Additional information on this settlement and the underlying litigation can be found at www.ringlingbrostrialinfo.com.

Feld Entertainment, Inc. is a worldwide leader in producing and presenting live family entertainment, with 30 million people in attendance at its shows each year. Feld Entertainment’s productions have appeared in more than 75 countries and on six continents to date and include Ringling Bros. and Barnum & Bailey, Disney On Ice, Disney Live!, Marvel Universe Live! and Feld Motor Sports.