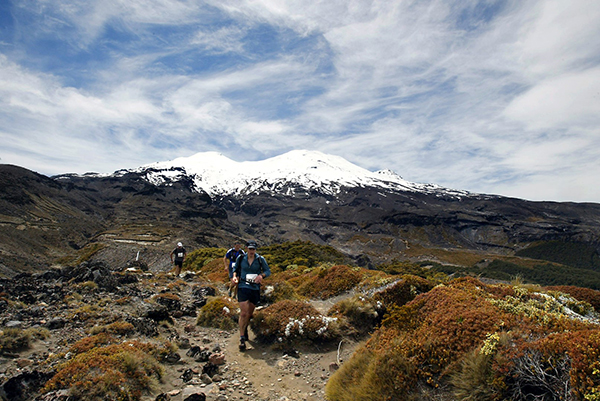 Intrepid trail runners from around the world will once again descend on Ruapehu, New Zealand for the third annual Ring of Fire Volcanic Ultra in the Tongariro National Park, a dual UNESCO World Heritage Area on Saturday 21st March 2020.

Event organisers, The Event Collective, are ecstatic to once again be delivering the pinnacle event for the Ruapehu region, with spokesperson Jason Cameron stating "the Ring of Fire is already revered as one of Australasia’s top endurance races with its unique fusion of inspiring landscape, authentic culture and epic adventure.

"We are grateful for the support of Iwi partners - NgÄti Hikairo, NgÄti Uenuku and NgÄti Rangi, Ruapehu District Council and the Department of Conservation for making this life changing event possible".

Online entries will open on Wednesday 10th July 2019 at midday with a quota of super early bird entries available. These were snapped up in less than 30 minutes for this year’s event which attracted 675 athletes including 102 international visiting runners from eleven countries.

Cameron added "we encourage all athletes and their supporters planning to attend the 2020 event to start planning their accommodation requirements as soon as possible and especially if wanting to stay in the Whakapapa Village near the event hub at the Chateau Tongariro and surrounds that will be in high demand. There are other accommodation options within the Ruapehu region including National Park Village, Ohakune, Raetihi and Taumarunui.”

The event festivities begin on Friday 20th March with the event Powhiri, Registration, Expo and Briefings with the first events beginning in the early hours of Saturday 21st March with the final competitors expected to arrive back before the midnight cut off. Sunday 22nd March sees the post event brunch and awards ceremony.

The Ring of Fire 72km Solo records were set in the 2018 event with world ranked athletes Lucy Bartholomew (Australia) and Sam Clarke (New Zealand) setting the new benchmarks for the marquis events within the Ring of Fire Volcanic Ultra.