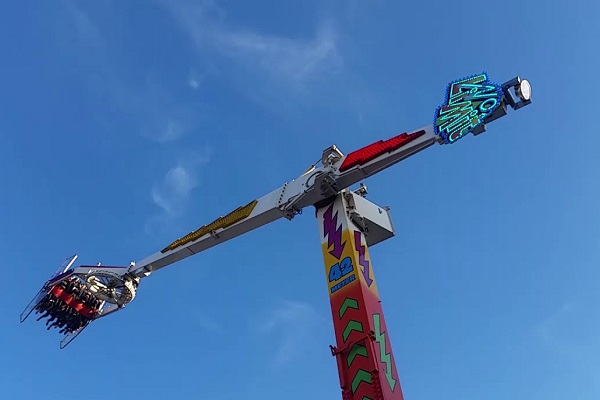 A woman has been taken to hospital this afternoon after suffering suspected spinal injuries on a ride at the Royal Adelaide Show.

Show organiser the Royal Agricultural and Horticultural Society of South Australia advised of an incident on the No Limit ride, which required paramedics and emergency services to attend the scene on Wednesday afternoon.

The ABC reported that the 21-year-old was slowly moved from her seat on the ride into a stretcher and then into an ambulance, while surrounded by SA Ambulance and State Emergency Service staff.

A Show spokesperson said the incident was not the result of a ride malfunction and described it as relating to "personal health".

The spokesperson said the ride was closed to undergo precautionary checks, but has now resumed operating.

Ride regulator SafeWork SA has confirmed that, after initially being alerted, it would not be investigating the incident further.

In a statement it advised "SafeWork SA was notified of an incident relating to a woman suffering an injury whilst on a ride.

"SafeWork SA and the Royal Adelaide Show responded and found the injury relates to a medical condition rather than a mechanical issue relating to the ride."

The incident comes amid heightened focus on safety, with four rides banned by SafeWork SA from this year's Show.

Image shows the No Limit rides at the Sydney Royal Easter Show earlier this year.