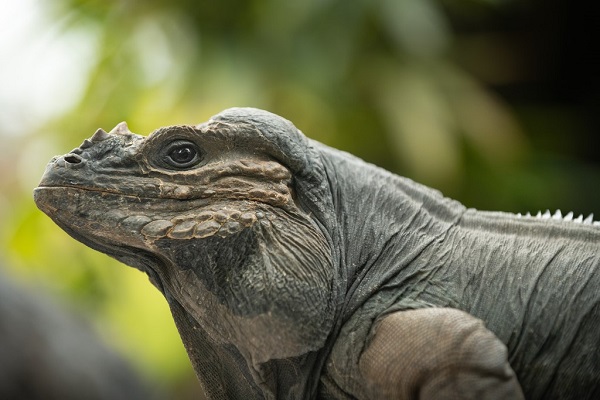 According to Guinness World Records: "This almost doubles the age of the previous greatest lifespan on record for rhino iguanas of just under 23 years old."

Australia Zoo owner Terri Irwin is thrilled at the recognition, commenting “we are so happy that Rhino has been granted this award and is officially a Guinness World Record holder. Rhino has been a part of our family for 27 years! We love visiting him to give him his morning scratches and breakfast."

Rhino is Australia Zoo's second resident to be awarded with a Guinness World Record, after Forest the giraffe, who was recorded as the world's tallest living giraffe in July 2020.

Irwin added “this is an incredible accomplishment and we could not be more proud to celebrate these milestones with both Forest and Rhino.”

At nearly 41 years of age, Rhino continues to reside at Australia Zoo and can be seen basking in the sun and eating his favourite treats, bananas and hibiscus flowers.