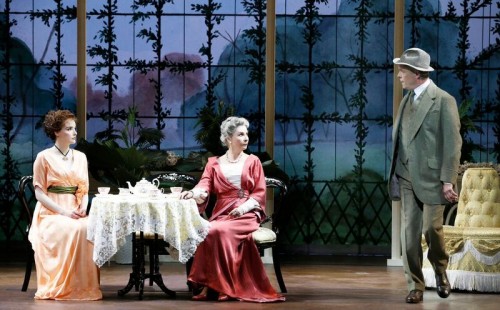 A review of Australia's major opera companies says they should not use Federal Government funds to stage "major commercial activities" such as popular musicals, which have become a major source of income for the national company Opera Australia in recent years.

The 118 recommendations contained in the long awaited National Opera Review also suggest that Opera Queensland be given three years in which it can prove its viability as a member of the Australian Major Performing Arts Group (AMPAG) while the Victorian Opera should be supported to become an AMPAG member.

These changes are to be backed by a $24.136 million funding boost over four years for the major opera companies.

The Final Report recommends greater collaboration between Australia’s opera companies, and indicates that current programming models - especially those of Opera Australia and Opera Queensland - have resulted in declining audiences and reduced employment opportunities for artists.

However, it highlights that overall paid capital city attendances have increased by 37%, primarily because of Opera Australia’s venture into presenting musicals and the annual Handa Opera on Sydney Harbour season.

To address declining audiences nationally, the report recommends that the variety, balance and scale of productions need to be enhanced and appropriate funding provided for that outcome. 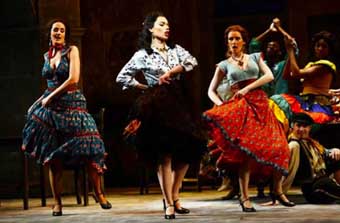 Another recommendation is greater support for the development of new Australian works; presenting works in association with festivals; and increasing the use of digital technology – with a $1.2 million Innovation Fund being created to provide support for such initiatives.

Restricting the use of government funding for Opera Australia musicals was a key conclusion of the Review, with the Final Report stating that it “recommends that significant commercial activities, such as Opera Australia's long-run musicals, should not be funded because there are viable independent commercial competitors in the market."

The Report then states “this is not to suggest that Opera Australia should not continue to stage musicals on a purely commercial basis”, suggesting clearer guidelines on how Federal Government funding should be used, and consequences if those guidelines are not adhered to.

It adds “while the review supports the ... premise that each company should have the ability to define its own artistic and strategic direction in a prudent financial way, it also recommends that those activities funded by governments should be more specifically defined and that the companies should be penalised if agreed funded activities are not delivered."

However, Opera Australia Chief Executive Craig Hassall said the company has never used Federal Government funding for its musicals. Instead, it put some of the money it made from such shows towards its opera productions, particularly for less mainstream works.

"They do not receive any portion of Government funding.

"Musicals are perfectly valid for opera companies to do. I don't understand why there's this apartheid between musicals and opera

"Our audiences love them. Musicals have been the number one choice of our subscribers for three years ... they make a profit, and that's very rare, and that goes straight into funding new operas."

While the review only applies to Australia's current major opera companies – Opera Australia, Opera Queensland, State Opera of South Australia and West Australian Opera – its recommendations could have wider implications for the 24 other major companies within Australia's wider performing arts industry.

A number of major theatre companies such as Melbourne Theatre Company (MTC) and Queensland Theatre Company have produced commercial musicals in recent years. The MTC co-presented the exclusive Australian season of West End and Broadway musical Once with John Frost in 2014/15, while QTC's Helpmann Award-winning Ladies In Black opened this year's MTC season.

Support for elevating Victorian Opera to major company status was among other key recommendations, although it qualifies that suggestion by stating it has not analysed the company's financial statements and performance data, and that the recommendation goes beyond the reviews terms of reference.

Victorian Opera Managing Director Andrew Snell said that while its was thrilling for the company to be included in the review, it could be the first step in a long road to becoming a major company.

The company, formed 11 years after after the Victorian State Opera merged with Opera Australia, has since developed a strong reputation for collaboration, commissioning new works and making use of new technology.

Snell said Victorian Opera had met all the criteria for major company status, bar being a recipient of Federal Government funding, which it had not received for six years (although that is set to change in 2017, with the Australian Council allocating four-year funding to the company).

The report also puts Opera Queensland on notice in terms of maintaining its major company status, first raised in a discussion paper during earlier stages of the review, stating “the company has, for some time, been in breach of the criteria to retain such a status.

"This issue was raised by multiple stakeholders during the course of the review.

"On balance, and after significant discussion with key stakeholders, the review recommends that Opera Queensland be given three years from the time of the implementation of the review's recommendations to meet all major performing arts criteria that exist under the current framework.

"It should be supported to do so, provided in the meantime it makes serious efforts to increase private sector support and to reduce its overheads, which are significantly higher on a benchmarked basis than comparable companies."