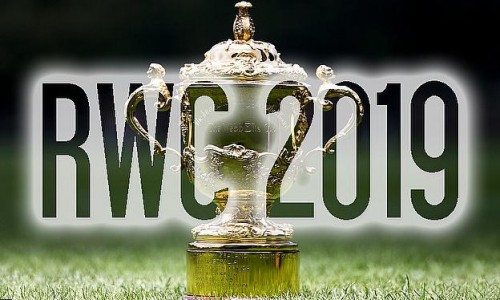 A World Rugby delegation’s recent review of the Rugby World Cup 2019 tournament has said it is satisfied with the organising committee’s hosting preparations.

With less than three years to go until the world’s top men’s 15s players arrive in Japan for the first Rugby World Cup on the Asian continent, Gosper cited partnership and a strong common vision as critical factors for successful hosting.

Gosper explained “with the three-years-to-go milestone having passed, we are satisfied with progress to date. From budgets to venue planning, tournament preparation is on track and the foundations are in place for a very special tournament.

“Strong collaboration across all stakeholders including the organising committee, national and local governments, driven by a clear vision, will be key to ensuring that this great opportunity – the first Rugby World Cup in Asia – delivers a tangible and sustainable legacy of rugby participation growth in Japan and throughout the world’s most populous region.”

Tournament planning is now entering an important phase with the pool allocation draw in May 2017 triggering the match schedule and match ticketing processes, while the IMPACT Beyond 2019 legacy program will also be launched.

With the Tokyo 2020 Olympic Games around the corner, the synergy between the two events will be key to ensuring both events can deliver to their full potential.

Japan Rugby 2019 organising committee Chief Executive Akira Shimazu added “we are excited about the opportunity we have to host a tournament that will be great for Japan and great for rugby and we are already making strong progress to convert that opportunity.

“Excitement is building, preparation is on track and we have 12 dedicated host cities the length and breadth of the nation who are central to our mission to unite the nation through sport and friendship.

“Rugby World Cup 2019 will be accessible to all and we look forward to welcoming the world to Japan in three years’ time.”

World Rugby Chairman Bill Beaumont concluded “Rugby World Cup will be an event for all of Japan. Sport is about friendship and this tournament will have teams, fans and Japanese communities at heart. Everyone is welcome to be a part of the biggest celebration of sport in 2019.

“The host cities will benefit from the significant positive economic, cultural and sporting benefits of hosting one of the world’s greatest major sports events and, working in full partnership with the organising committee, we are determined to maximise and upgrade existing facilities for the benefit of all.”

The rugby fan-base in Japan is growing rapidly boosted by the national team’s performance at Rugby World Cup 2015 and the men’s sevens team’s fourth place at the Rio 2016 Olympic Games.

More than 35,000 fans in Japan have signed up to the Rugby World Cup 2019 Supporters’ Club since its launch on 20th September.