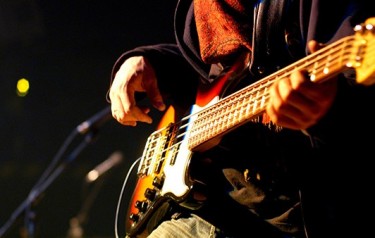 Plans for the redevelopment of the James Hay Theatre in the rebuilt Christchurch Town Hall envisage it being able to switch between hosting performances as wide-ranging chamber music seating, rock concerts and dance music.

The theatre, which is being overhauled as part of the three-year restoration of the earthquake-damaged Town Hall, will feature retractable sloped seating in the stalls enabling the venue to be transformed from a fully-seated theatre for chamber music to a mosh pit with standing space for 1,000 people.

The plans have been cautiously welcomed by Christchurch’s arts community, who previously had been critical of the James Hay's poor acoustics, atmosphere and backstage facilities. Concert promoters said the revamped venue could mean more niche music acts add Christchurch to their New Zealand tours.

The work will come within the $127.5 million budget to restore and strengthen the Town Hall.

Alexander told local media “there is no doubt that the city does lack something like that for smaller gigs.

"Having that sort of venue will open up new artists coming to Christchurch."

Alexander said the venue would attract similar acts to those that play the Powerstation in Auckland, which has recently hosted acts like Elbow, Billy Bragg, Mogwai and Snoop Dogg. 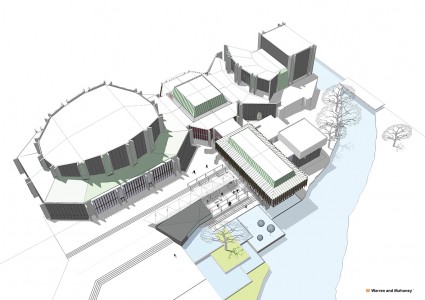 Christchurch composer and conductor Luke di Somma, who has been a critic of the James Hay Theatre, welcomed the conversion plans, adding “it is a relief that they are looking to make it fit for purpose. I think it is potentially a really exciting opportunity.

“Anything that makes the James Hay smaller and more functional is good."

The revamp is based on concept plans by celebrated British theatre architects Haworth Tompkins, who were commissioned by Christchurch City Council to help inform the Town Hall decision.

Council Development Director Peter Vause said narrowing the auditorium would improve the acoustics, concluding “the theatre is currently in a radial shape, so we are looking at making it into a more traditional shoe box-shaped auditorium, like traditional music spaces in Europe.

"Changing the gallery layout and adding more traditional box seats down the side will address the sight line problems, while the shape addresses the acoustic design. Suddenly, we have a more classical style venue."

Lower Image shows plans for the redevelopment of the Christchurch Town Hall for Performing Arts.