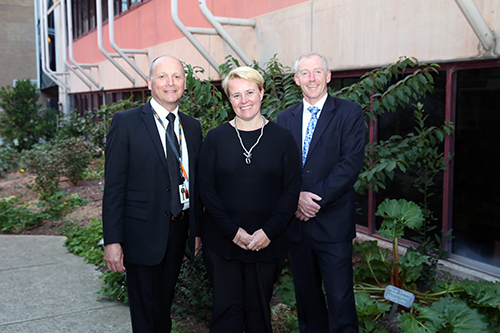 A recently completed research project for the International Olympic Committee (IOC) has examined how Olympic and Paralympic Games’ have transformed volunteering within host cities before, during and after the events.

The study, Evaluating the volunteering infrastructure legacy of the Olympic Games: Sydney 2000 and London 2012, identified how Olympic volunteer programs can lead to post-Games volunteering legacies for host cities through engagement with the established volunteer management infrastructure.

It also presented a series of recommendations for realising a sustainable and positive post-event.

Commenting on the findings, Professor Lockstone-Binney stated “the purpose of this research project was to provide recommendations for host cities and the IOC to enable future Olympic Games host cities and countries to leverage from the Games volunteer programs to generate wider benefits for their communities.

“The findings, based on a comprehensive review of secondary data for each case, combined with 27 interviews with key informants, revealed limitations with legacy planning for each Organising Committee for the Olympic Games (OCOG).

Click here to view Evaluating the volunteering infrastructure legacy of the Olympic Games: Sydney 2000 and London 2012.