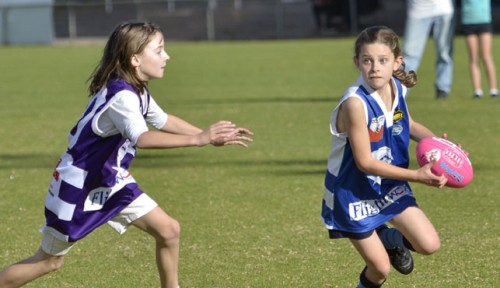 Adolescent girls are missing out on opportunities to be as physically active as boys, with a Deakin University researcher suggesting that schools and sporting clubs are the place to start to change this inequity.

Dr Helen Brown from the Institute for Physical Activity and Nutrition (IPAN) at Deakin University said that specific physical activities, such as sport participation, offers a potential way to engage girls in physical activity.

Dr Brown explained “the recent establishment of an AFL National Women's League and other exciting developments are terrific, but we also need to reach the girls who aren’t part of a professional team and may not be aware of the opportunities that exist.

“We know from our research at IPAN that 10-12 year old girls are participating in sport as much as boys, however, by the time they reach 13-14 years of age, there is a massive decline in their participation levels and by 15-16 years many have completely lost interest.

“The barriers include the availability of sporting facilities, cost to join sporting clubs, but also the self-confidence for girls to get out there and participate.

“Often sporting facilities are booked up by boys for cricket and football and they just aren’t available for girls who want to play sport.

“We also know that teenage girls in particular are worried about looking foolish, so it is even more important to have places that they can go to try out new sports and just have some fun.

“We need to maintain their interest, as if they stop playing sport in their teenage years that is often the end of their interest in sport altogether and this can set up a pattern of inactivity for the rest of their lives.” 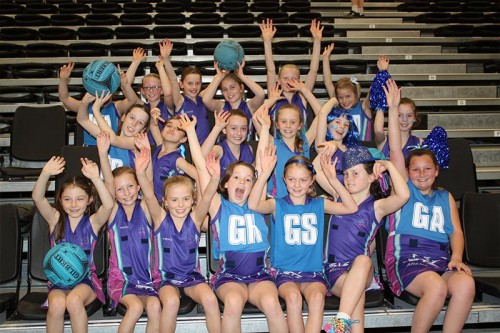 Dr Brown is calling on schools and sporting clubs to make it easy for girls to find out how to sign up for a new activity or join a sporting club.

She adds “there will always be sporty girls who are very active, but we are trying to reach the girls who are inactive and missing out on these opportunities as they just don’t know where to start to take the first step.

“We know that there are huge benefits physically, but also they get the biggest impact from the social connectedness of a team where they can help build self-esteem.

“Team sports especially provide an opportunity to develop leadership skills that we often don’t teach directly in other ways, so these girls are missing out.”

Dr Brown said that research she conducted in the City of Casey with female adolescents, including those from diverse ethnic backgrounds, showed that girls have a definite preference for certain types of sport.

As lead researcher for the project, Dr Brown continued “the girls really loved playing volleyball and football and there was a huge number who wanted to play soccer as they had watched their brothers and men in their family play, and they felt very comfortable in that environment.

“However, they faced several barriers such as negative experiences at school, cultural perception of female participation in sport, lack of transport to venues and competing home obligations,” she said.

Dr Brown said parents are also important to help reduce the barriers faced by girls and help keep them engaged with sport, concluding “this is so important because if girls are participating in regular sport they are gaining a wide range of health benefit such as improved bone strength, as well as reducing their risks of developing chronic diseases later in life.”

IPAN’s research also showed that while teenage girls wanted to play team sport they often perceived that they would not be welcome, that they perceived their participation would be an inconvenience for their family, and were timid about trying something new.

She stated “they love sport. They watch their brothers play. But the clubs weren’t set up for them with no change rooms or girls-only teams, so they didn’t feel very welcomed.

“Transport was also an issue. They’d say Mum wouldn’t take us and Dad’s always with my brother. The language, too, was concerning such as ‘sport’s not for chicks’.”

And while the drop in organised sport in adolescents was accompanied by an increase in active leisure time, such as walking or cycling, Dr Brown said team sports were valuable beyond the exercise component. 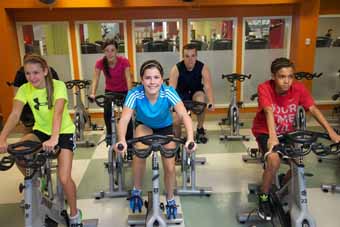 Dr Brown concluded “sport is an amazing vehicle, not just for physical activity, but for social cohesion and connectedness to the community.

“We push physical activity so much for children and older people, but there is a huge gap for adolescent girls.

“They’re the ones we should be focusing on, because all of a sudden from the age of 12 things decline phenomenally, and we basically lose them by 15 or 16 if they’re not switched to being active by that time.

“We tend to blame girls for no being more active, when it may be the environment around then that’s not conducive to them being sporty. The good news is there are lots of things that families, schools and clubs can do to get more girls taking part.”

Dr Brown offers the following tips for parents to encourage girls to be more physically active:

Tips for parents to encourage girls to be more physically active:

• Encourage them to try out new sports and just have a go
• Provide opportunities for them to be involved in sport and physical activity
• Ask them what sports they want to play
• It doesn’t have to be a competitive sport – it can be something fun and interactive with friends
• Encourage them to allocate an hour a day to being physically active
• Be active together – go for a swim, play tennis or enrol in a class together
• Build physical activity into your family routine such as bush walking or taking the dog for a walk
• If they don’t want to play sport, encourage them to go for a walk or a bike ride

Tips for sporting clubs and schools to encourage girls to be more physically active:

IPAN is a research centre with world class expertise in both nutrition and physical activity that over the past decade has aimed to improve the health of all Australians.