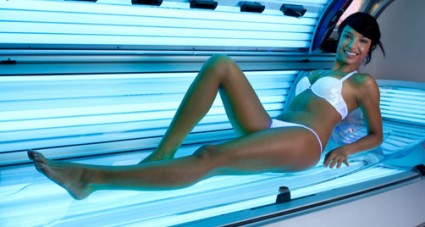 A ban on sunbed services in New Zealand would help reduce skin cancer rates while, contrary to claims by sunbed salons, would only have a minimal impact on businesses and jobs, according to University of Otago research.

Researchers from the University’s Cancer Society Behavioural Research Unit conducted a nationwide audit of businesses potentially providing sunbed services and found that a ban would only have a minor effect on a very small number of businesses.

Their results showed that for most businesses with sunbeds (92.4%) - such as hairdressers, salons, gyms, and fitness centres - tanning services were supplementary to their other services.

Only 13 businesses provided sunbed services that relied on indoor tanning as their sole source of income and most of these nine also offered spray tanning to customers.

Only four businesses in New Zealand were reliant on sunbeds as their sole source of income.

This research was funded by The Cancer Society of New Zealand and the findings are published in this week’s edition of the New Zealand Medical Journal.

The researchers, Bronwen McNoe and Associate Professor Tony Reeder, argue that New Zealand should follow Australia’s lead in banning all commercial sunbeds while compensating for the loss of the equipment and arranging for its safe disposal.

McNoe stated “while this country has restricted access to sunbeds to those aged over 18 years of age, the scientific evidence clearly shows that there is no safe level of sunbed use for individuals of any age.”

She says that the costs to society of treating skin cancer and the impact of skin cancer deaths far exceed the rights of an individual to temporarily change the colour of their skin for purely cosmetic purposes - particularly when alternative, less dangerous methods such as spray tanning exist.