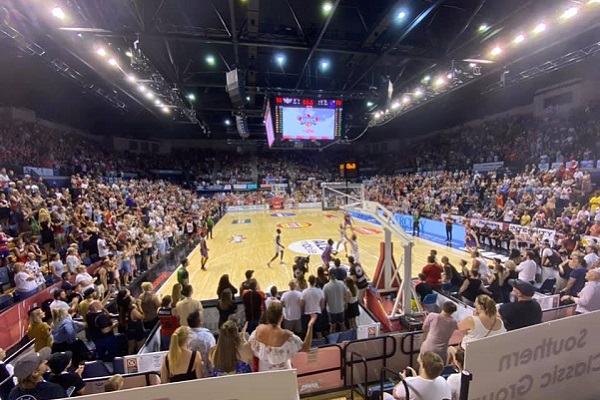 The Illawarra region of NSW has reportedly been missing out on hosting major indoor entertainment and sport events because of a lack of investment in Wollongong’s WIN Entertainment Centre.

Documents obtained by Wollongong MP Paul Scully and published by the Illawarra Mercury have revealed that the NSW Government has ignored strong community and stakeholder support for an refurbishment of the venue.

As a result, the newspaper claims that events with more than 1000 participants are being turned away as it has been described as “not fit for purpose” for major indoor entertainment and sport events because of a lack of investment in Wollongong’s WIN Entertainment Centre.

The Illawarra Mercury, the Wollongong Lord Mayor, Gordon Bradbery and Scully have previously highlighted the severe lack of upkeep and reinvestment in the regional facility, which is now over two decades old.

In February this year a nationally-televised NBL game at the venue had to be abandoned due to a leak in the venue’s roof.

Documents accessed by Mr Scully have revealed not only the WEC's current condition is meaning the region is missing out on significant events, but also that Venues NSW, the NSW Government's venue operator, has also called for action on the venue.

Venues NSW is reported to be seeking $3.5 million from the NSW Government to develop a full masterplan and business case, which has not progressed beyond initial stakeholder engagement which was done with an array of parties last year.

Scully told the Illawarra Mercury "these documents make the case for an upgrade of the now 21-year old WEC facility crystal clear.

"The Premier must now explain why she is so intent on continuing to reject the strong community support the upgrade has, including from the very statutory authority, Venues NSW, which owns the WEC and is pleading for her to get her chequebook out.”