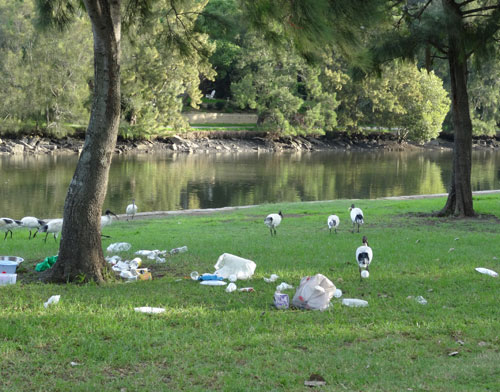 Levels of rubbish dumped on Australia’s beaches are on the rise has spiked while shopping areas are the most litter-strewn parts of the nation according to the just released Keep Australia Beautiful Litter Index.

Suggesting decades of anti-littering campaigns have failed to teach some Australians to 'Do the right thing', NSW and Queensland have the highest rates of littering - offsetting litter improvements in the rest of the country.

The index is Australia's only long-term, consistent survey of litter - a persistent environmental problem that can choke waterways and kill wildlife, as well as posing an eyesore and a health hazard.

At outdoor shopping strips the Index found 97 items of litter every 1000 metres² - the most concentrated litter load of any area type.

Cigarettes, beverage containers and takeaway food packaging made up 66% of litter counted across Australia, while plastic bags represented 1%.

Litter counted at beaches was up 15.9% on the previous year, driven by increases in beverage containers, other plastic, general waste and takeaway food packaging. However cigarette butts remained the dominant type of beach litter, and remain the most frequently counted litter item in any area covered by the index.

The Northern Territory was the biggest contributor to the rise in counted beach litter, at 223%, followed by Queensland at 55%.

Overall, the index counted 4.3% fewer litter items than the previous year, or a 2.2% reduction in volume terms. 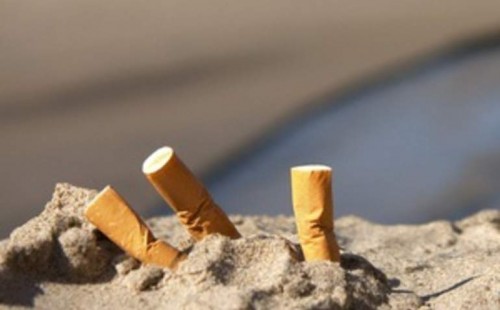 In terms of litter counted, South Australia and Western Australia were the biggest improvers, while Victoria and the ACT made smaller gains.

The litter count increased in Queensland - the largest contributor - as well as NSW, the Northern Territory and Tasmania.

The index reported that plastic bag bans were reflected in previous results, especially in Tasmania and the ACT where lightweight plastic bag litter "fell significantly and almost immediately after the bans came into effect".

Keep Australia Beautiful Chief Executive Val Southam welcomed the indications of a downward litter trend, but advised "the Australian community can do much more by changing poor disposal habits and keeping the built and natural environment litter-free".

Total Environment Centre Executive Director Jeff Angel said plastic bag bans should apply in every jurisdiction and tobacco companies should pay an advanced disposal fee to pay for clean up and prevention of cigarette waste.

He advised that commercial investment in plastic recyclable alternatives should be encouraged and that "industry has to start paying more for the pollution it's causing".

Angel said it was clear that rubbish bins and education programs "haven't made enough difference ... it's time to actually act effectively".

For more information go to kab.org.au