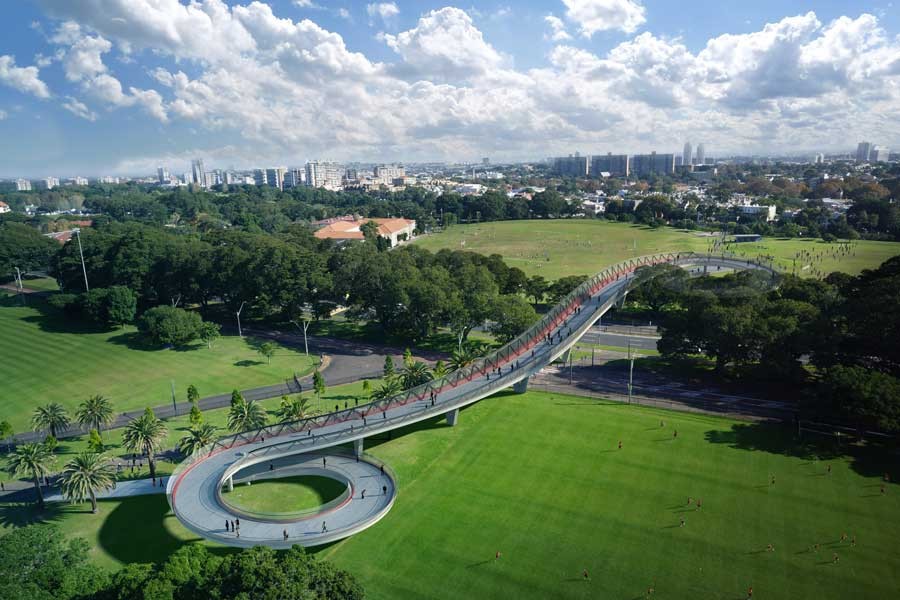 A scathing report on a $38 million walkway built in Sydney's Moore Park states the bridge was never justified and should not have been built so quickly.

Former NSW Premier Barry O'Farrell pushed for the walkway to be built in time for 2015 ICC Cricket World Cup fixtures at the Sydney Cricket Ground in February.

However, NSW’s acting Auditor-General Tony Whitfield found the tight deadline "added substantially to the total cost of the walkway, which is projected to be $38 million".

Whitfield said the project should have taken 20 months but instead was completed in 14 months, adding “the deadline not only led to an expensive alliance arrangement, but to RMS (Roads and Maritime Services) developing an additional design as a risk mitigation strategy, additional overtime, inefficient use of equipment and temporary works.

"It also prevented concurrent delivery with the CBD and South East Light Rail project, which RMS thought would save millions of dollars."

Whitfield went further, stating that both Transport for NSW and RMS "could not provide evidence of a compelling economic or financial argument to support the construction of the walkway."

He made recommendations for Transport for NSW and for RMS, saying that for future projects, both agencies needed to prepare a business case that adequately justified the project and analysed the costs and benefits of any unusually tight deadline.

NSW Roads Minister Duncan Gay defended the walkway in the NSW Parliament last week, stating “we said we'd have the Albert 'Tibby' Cotter Walkway open for the Cricket World Cup where the eyes of the world were on Sydney and we achieved it.”

Minister Gay cited a recent RMS survey that indicated more than 6,000 people used the bridge over a six-day period with no major events.”

He added “also since it opened more than 38,000 people have used it during major events."