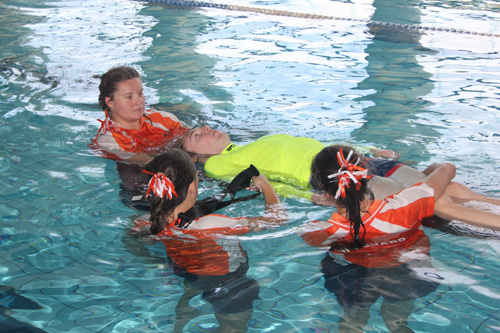 Two new inclusions in this year’s report provide further snapshots of drowning in public swimming pools, as well as children drowning in home pools. Both of these issues have been identified as key priority areas for action and will be areas of significant focus in drowning prevention activities for 2017/18, with a need to improve pool barrier requirements and highlight the importance of supervision.

Dr Matthews explained “drownings are shocking to both families of the victims and the public, especially because each drowning could have been prevented.

“Non-fatal drownings gain less attention, but they also have far-reaching effects on families and also on the victims, who may never fully recover. Including all drowning incidents gives a fuller picture and is important in formulating our prevention tactics.”

Dr Matthews says the increase of drowning in older adults is being addressed through the Play it Safe by the Water campaign. Over summer this age group will continue to be targeted with TV, radio and online advertisements, supported with targeted practical water safety programs, for example the Grey Medallion program.

She adds “the most common activity immediately prior to a drowning in 2016/17 was swimming/paddling/ wading, representing 29% of fatal and 26% of non-fatal drowning incidents.

“These figures highlight the importance of all Victorians having the opportunity to learn swimming and water safety skills.”

Alcohol has been a continuing trend in drowning incidents. It was a factor this year in 22% of cases. Notably there has been an average of nine drowning alcohol related deaths each year over the past decade (2006/07 to 2015/16).

In terms of boating-related drownings, the figures showed that in 74% of boating drowning incidents the person was not wearing a lifejacket.

Differing from the past two years, the majority of drowning deaths in 2016/17 occurred in inland waterways (42%, 19 drowning deaths as compared to 32% in coastal locations). This is a 48% increase, when we compare to the 10-year average.

Dr Matthews concluded “the statistics in the report show there’s still work to be done in educating Victorians on water safety, as well as in showing them safe ways to recreate in and on the water.

“It’s what drives all of us working within the Play it Safe by the Water campaign; we’re all working towards the same aim of saving lives.”

Image: A simulated rescue at the 2017 LSV Lifesaving Championships.