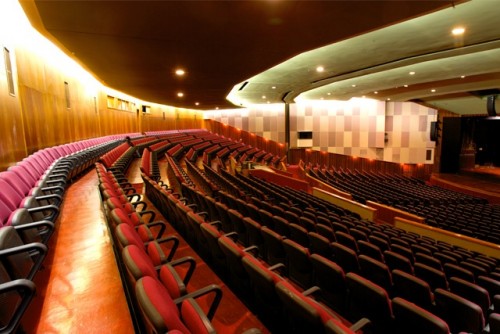 An independent report on Founders Theatre in Hamilton has confirmed the facility is earthquake prone and will require seismic strengthening as anticipated, if upgraded to serve the city and region into the future.

Hamilton City Council closed the 54-year-old theatre in February due to health and safety concerns relating to the aging flying system used to lower and hoist a fire safety curtain, scenic backdrops, lighting and drapes. At the same time and as part of planning for a potential upgrade, management were advised the building's seismic strength needed to be fully assessed.

A Detailed Seismic Assessment (DSA) carried out by civil and structural engineering firm Dunning Thornton deems the theatre as requiring a significant amount of strengthening work, with the "most critical areas of weakness" being the roof structures of the auditorium and the stage house.

In their executive summary, Dunning Thornton note: "We believe the auditorium therefore has a capacity of 15-25% new build standard."

A building is deemed earthquake prone if any of its features or elements are below 33.3% of New Build Standard under Government legislation

• There is no effective seismic bracing for the auditorium roof
• Connections between the stage house roof and walls could fail in an earthquake
• The proscenium arch wall is a structural weakness in an earthquake.
• Even with the rating, the building could have remained open while plans were being made for it to be strengthened. However, other safety issues could not be overlooked and drove the closure decision.

H3 Executive Dirctor Sean Murray says the report reinforces the prudent decision to close the theatre, advising “when we began investigations into refurbishing the theatre, the seismic strength of the building became a concern for us.

"Dunning Thornton confirmed our earlier advice the theatre needed a major seismic strengthening upgrade, and they have validated the work and cost we would need to do if Council opts to refurbish the theatre - estimated to be $20 million."

The Council has undertaken a regional consultation on the future of the theatre, presenting three options for comment - to refurbish the existing Founders Theatre, to construct a new theatre, or to demolish the existing facility.

More than 2000 submissions on the future of the theatre were received, and Hearings Days for submitters have been set down for today (7th July) and tomorrow.

More than 50 submitters have registered to speak to the Council as part of the hearings.