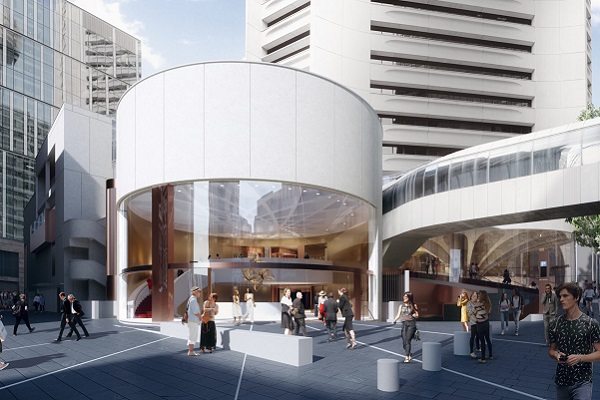 Impacted by the lockdown that has affected Greater Sydney, the reopening of the redeveloped Theatre Royal Sydney, originally scheduled for September, will now happen on Thursday 2nd December with the premiere of 15-time Tony Award nominated Broadway musical, Jagged Little Pill.

Speaking on behalf of Producers Vivek J. Tiwary, Arvind Ethan David and Eva Price, and Torben Brookman of GWB Entertainment, Sir Howard Panter, joint Chief Executive of the Trafalgar Entertainment Group - which has driven the refurbishment of the venue - advised “we are thrilled to be reopening the magnificent newly refurbished Theatre Royal Sydney with Jagged Little Pill.

As previously announced the original Sydney season was postponed due to COVID 19 restrictions and original ticket holders will be notified directly regarding the new rescheduled performance dates in December.

This news follows Jagged Little Pill having won in two categories at the recent Tony Awards on Broadway where it was the most nominated show with a total of 15 nominations.

Explaining that the opening of the refurbished Theatre Royal will signal a major milestone for Sydney, NSW Minister for the Arts, Don Harwin stated “this is sure to be an incredible show, drawing on one of the greatest albums of our time, and fans will be in for an unforgettable night out. It’s the first of many great productions for the Royal that’ll bring nightlife back into the centre of our great city.”

The limited season of Jagged Little Pill at Theatre Royal Sydney before it tours nationally, will be followed as of January by the Girl from the North Country, the first new international production to be announced for Australia since the NSW Government announced the return of live theatre.

Welcoming this production, NSW Minister for Jobs, Investment, Tourism and Western, Sydney Stuart Ayres added "securing innovative, world-class productions for Sydney such as the award-winning production of Girl from the North Country adds exclusivity and variety to our events calendar while supporting key priorities of the Visitor Economy Strategy 2030.

"Musicals are a major contributor to the NSW visitor economy, and we look forward to welcoming tens of thousands of visitors to see this musical come to life on the stage and enjoy all that Sydney has to offer, from world-class retail and dining experiences to contemporary musical theatre.

"Staging the Australian premiere of Girl from the North Country in Sydney's newly refurbished Theatre Royal is fitting as Australia's creative industries epicentre, and we look forward to welcoming guests to this unique, critically lauded production."