Renaissance for Free Museums and Galleries 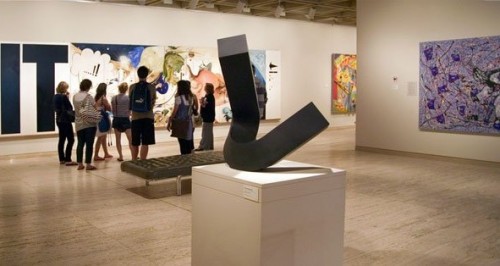 Museums and art galleries which offer free admission are enjoying a renaissance, according to the Sydney Morning Herald, helped by a recession-driven trend towards taking holidays at home rather than abroad, so-called 'stay-cationing'.

"Our figures are going through the roof," a spokeswoman for the Museum of Contemporary Art, Kym Elphinstone, said.

More than 60,000 people visited the museum last month, a record number, lured by free admission and a popular exhibition by the Japanese artist Yayoi Kusama.

"In times of economic crisis, you can take your whole family here for free. We're finding there are a lot of young kids, grandparents, a real cross-section. Everyone is coming."

A spokeswoman for the Art Gallery of NSW, Claire Martin, said family-oriented programs had been particularly popular.

"Our figures are really up there for the last few months. I know from walking around the building, it's full of families and young people. I think being free is so important to an institution like us and people will obviously take notice of that."

A free Art After Hours event held at the gallery with the creators of the fashion label Sass & Bide this month had attracted over 1,000 people. Meanwhile, this year's Archibald Prize exhibition, which costs $10 for adults, was as popular as ever.

At the Australian National Maritime Museum in Darling Harbour, where admission to most of the museum is also free, the museum director, Mary-Louise Williams, said a decline in international visitors of about 500 a week had been almost entirely offset by an increase in visitors and school groups from Sydney and regional NSW.

"We don't know what the future holds of course, but we haven't suffered too much so far," she said. "Interestingly, while our attendances in the past six months are down slightly on what we expected, the people who came to the museum spent a little more than we expected. So we're a little better off than we thought we would be."

Across the harbour, Taronga Zoo is also benefiting from the trend to holiday at home, and domestic visitors account for three out of every four visits.

"It seems to be going quite well," a spokeswoman, Danielle McGill, said. "Given that the purse strings are being tightened, more people are staying close to home rather than travelling further afield."

A new television show, The Zoo, was also helping to boost numbers, she said.

A spokeswoman for Metro Transport, which runs Sydney's monorail, Michelle Silberman, said passenger numbers remained resilient, despite the economic downturn. "Sydney families, I think they're staying in Sydney and going out and about rather than going on holidays. Rather than going to Fiji, they're coming to Sydney."

Click here to read the original article in the Sydney Morning Herald.