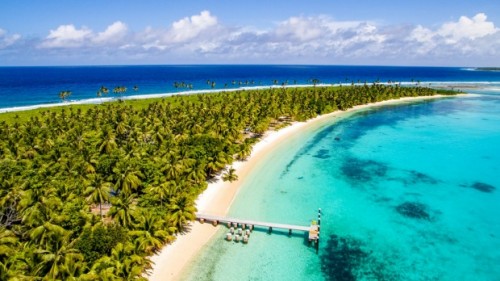 A postcard-perfect strip of the Cocos (Keeling) Islands in the Indian Ocean, off the coast of Western Australia, took out the title of Australia’s best beach, as announced by Federal  Minister for Regional Development and Territories Fiona Nash.

The beach had recently been named ‘Cossies Beach’ in honour of Sir Peter Cosgrove while also referencing Australian slang for a swimming costume.

Cossies Beach is near the site of Australia’s first wartime victory at sea, where the HMAS Sydney defeated German destroyer Emden on 9th November 1914.

The Governor-General unveiled a plaque commemorating the event at the beach in 2014 and was struck by the beauty of the beach.

Farmer named the previously unnamed beach ‘Cossies’ with the permission of the locals. 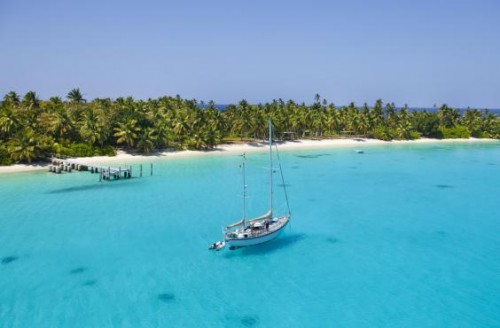 She announced “it’s fantastic the Governor-General has been honoured in such a great Australian way.

“The top 10 also included Dolly Beach on Christmas Island—like Cocos (Keeling) Islands, another of our little known Australian Territories – which came in at Number 7.

“Beaches and tourism are such great drivers in regional economies and there’s huge potential in the Indian Ocean Territories, as well as Norfolk Island, which also made the list of 101.

“I’m sure everyone has a favourite beach on this list and nearly all Australians have great memories of the beach - cricket, surfing or a barbecue with mates.

“Our beaches are the world’s best and we have so many more outside of just Sydney and the Gold Coast.

“Two of our Top 10 Beaches are in the Australian Territories and 17 of our Top 20 Australian Beaches are regional. The inclusion of Cocos (Keeling) and Christmas Islands are deserving as unique and beautiful locations.”

“It’s great to see so many of Australia’s top beaches are in rural, regional and remote Australia - get out there and experience them!”

Cocos Keeling Islands Tourism Association Marketing Manager Rik Soderlund said he was “thrilled that our beach was named the best in Australia”.

He added “I wasn’t surprised to be perfectly honest. The beaches on our islands are world class and the way nature intended them to be.”

Farmer concluded that Cossies Beach was a “little slice of paradise”.