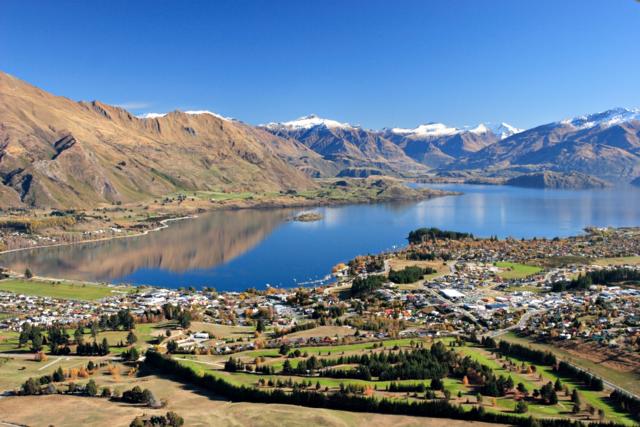 Regional Tourism Organisations (RTO’s) Destination Queenstown and Lake Wanaka Tourism have announced a move to collaborate on long-term destination strategies for the region.

The two entities will continue to advocate and work on behalf of their own members in Wanaka and Queenstown but are establishing a joint new Strategic Advisory Board to formulate a single overarching plan for the region.

The new advisory board will consist of three members from each regional tourism board, the Chief Exectuive of Destination Queenstown and the General Manager of Lake Wanaka Tourism, and will meet regularly to discuss, formulate and review strategy.

The Strategic Advisory Board will provide a united voice for the wider region in identifying and targeting regional opportunities, address destination management issues and challenges.

Board chairs Mark Morrison of Lake Wanaka Tourism (LWT) and Matt Hollyer of Destination Queenstown (DQ) say they’ll still be delivering their respective Wanaka and Queenstown messages on behalf of members. The organisations will continue to work cohesively, as they have been doing for many years.

Hollyer advised “the two boards have been talking informally about this for the past few months.

"We discussed the formulation of a single RTO but believe that collaborating on long-term common strategies is something we can achieve more effectively and successfully by working together, and that the needs of the members are best served by this approach."

LWT’s Mark Morrison agrees, adding "our region and communities are facing a number of growth challenges that are common to both of us and this new Strategic Advisory Board will formalise a joint approach to address those challenges."

Both Morrison and Hollyer are keen to emphasise that the RTO’s will remain as independent operating entities, with no funds involved in running the new strategic board. There will be no effect on the activity each RTO undertakes, or member funds.

The newly established advisory board will meet over the coming months to work on timing for its new plan.

This approach has been welcomed by Queenstown Lakes District Mayor Jim Boult who states “it’s good to see leadership being shown with these two top-performing RTOs demonstrating a public united voice in terms of their overarching destination strategies.

"This is superb ‘big picture’ thinking with obvious benefits for a single unified vision for the district."

Queenstown and Wanaka have a combined 15.4% share of international visitor expenditure to New Zealand.