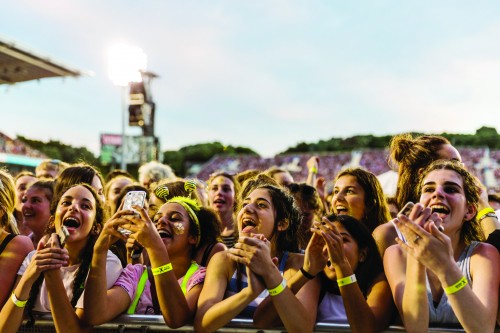 With the U2 juggernaut in Auckland this week, fans are being urged to “think green” when they head to Mt Smart Stadium to see the superstars perform this Friday and Saturday.

Regional Facilities Auckland (RFA) is rolling out a suite of environmentally friendly initiatives, complementing Live Nation’s paperless electronic-only policy for general admission stadium floor tickets - a first for any artist performing in a stadium in New Zealand or Australia.

Well received by concert-goers when RFA trialled the scheme for the first time last year , the New Zealand manufactured, Globelet reusable cups are made from 100% recycled bottle caps.

Fans can purchase the cup with their first drink and drop it into a refund bin at the end of the concert. If they choose, they can donate their refund to one of the RFA chosen charities for the U2 concerts, MusicHelps or Sustainable Coastlines.

The U2 concerts at Mt Smart will also see an Auckland Stadiums ‘Green Team’ in action for the very first time. This band of volunteers will educate fans about event waste on the spot, and help concert-goers to sort and recycle their rubbish. 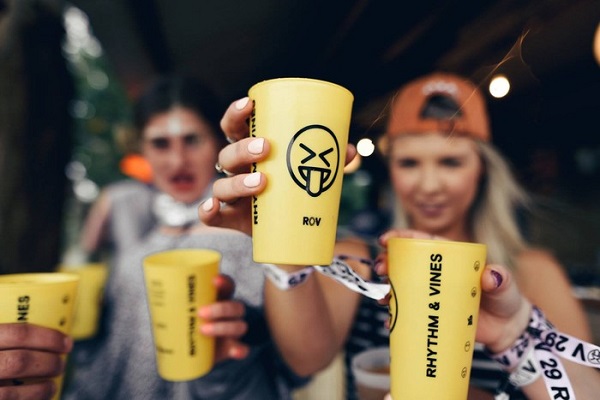 Sustainable Coastlines Fun and Fundraising Manager Jodi Pretscherer believes initiatives like this are a great method to re-educate New Zealanders on waste, advising “we see the damage that single-use plastic can cause to our environment first hand so it is great to see real proactive measures in place. We are able to help educate patrons about their waste and give them advice on what they can do it be a tidier kiwi”.

RFA Chief Executive Chris Brooks agrees the U2 concerts provide a unique opportunity for environmental education, adding “Mt Smart Stadium already directs 85% of concert waste from landfill. With the huge volume of fans at these concerts, we have an excellent platform to help us reduce this figure even more.

“This weekend, RFA hopes to make fans aware of just how much waste a big stadium concert can generate and encourage them to do their part. We are constantly looking for ways to make our events more sustainable, and the U2 concerts are the perfect platform to ramp up our environmental efforts.”

Travel on trains and special event buses to see U2 live in concert at Mt Smart Stadium is included with each concert ticket, with RFA encouraging all patrons to take advantage of this greener travel option and avoid congestion.

Images: Music fans at Mt Smart Stadium (top) and Globelet cups in use for the Rythm and Vines festival (below).