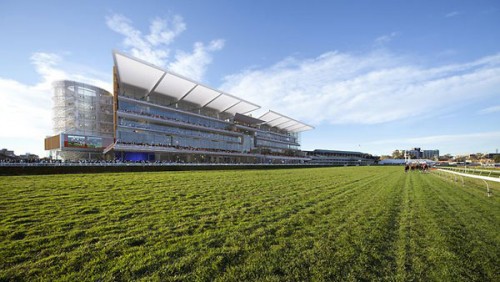 Brookfield Multiplex has begun the redevelopment of the Royal Randwick race track for the the Australian Turf Club (ATC).

Welcoming the development, NSW Minister for Racing, George Souris recently stated "this re-development will ensure that everyone connected with the racing industry ï¾ owners, trainers, jockeys stable workers and the public will have the most modern, state-of-the-art facilities and Royal Randwick will be the envy of the thoroughbred racing world.

"The capacity of the renovated Queen Elizabeth II stand will be doubled, with greatly upgraded facilities for the public's comfort and the Theatre of the Horse will be a major feature of the re-development, allowing thousands of on-track punters to get up close to the runners, their trainers and jockeys.

"This is yet another example of how the public has been uppermost in the thoughts of the ATC Board members in re-designing the course."

"Royal Randwick is situated on the doorstep of Australia's global city and this extensive rebuilding project will not only benefit race day crowds but position Sydney to leverage fresh tourism and visitation with the new purpose-built sporting, recreation and event facilities.

The reconstruction began before Christmas with the grandstands and Theatre of the Horse operational in time for Sydney Carnival, April 2013.