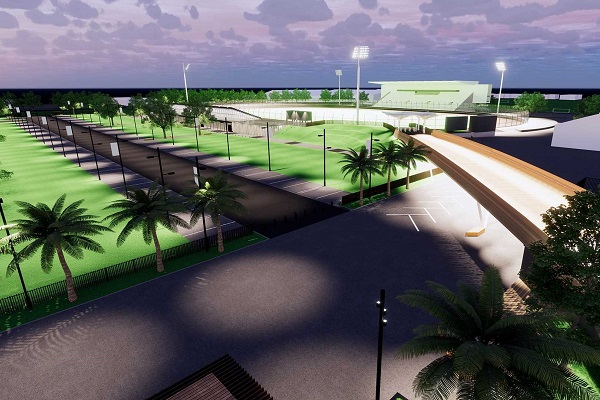 Work on a major upgrade of facilities at Palmerston North’s Central Energy Trust Arena is on target for completion by the end of March.

While work has progressed, the venue has still been in use, hosting more than 10,000 fans for last weekend’s superstock Teams' Champs.

Seeing that the work makes the venue more marketable, Palmerston North City Council’s Venues and Events Manager, John Lynch told New Zealand website Stuff “it looks after the speedway and protects the interest of speedway for the next 20 years.

“It's worth so much to our economy. It’s part of our fabric.” 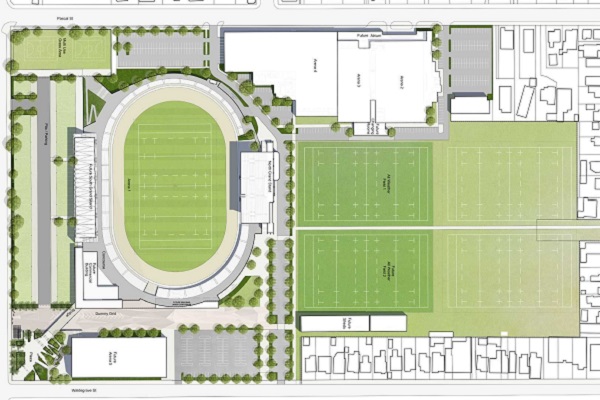 Once completed, the steel framed bridge will have turnstiles and a canopy with LED screens along one side while cultural and heritage signage will explain the 135 years’ history of the venue.

Completed last year, the artificial turf sports field at the venue is the first of its kind in the region.

It includes permanent markings for rugby and football on the turf. 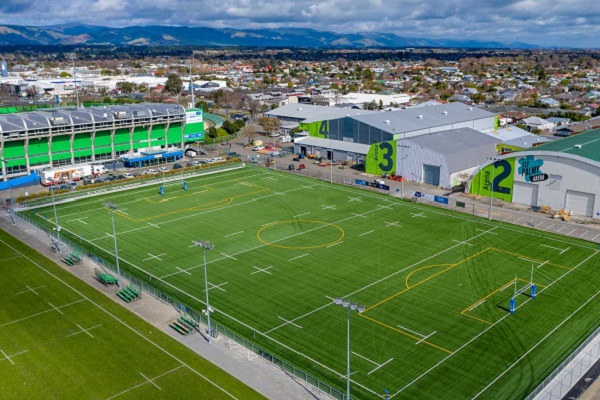 Explaining how the surface can be used for training and competitions for any codes, Lynch advised “this is the latest technology for artificial turf and we know players will be delighted with how it looks, feels and performs.

“(Players) won’t have to face the inconsistencies of a natural grass surface due to changes in weather. There's also the benefit of much less maintenance, such as mowing, line marking and spraying. The only maintenance is to sweep the surface weekly to maintain the infill.”

The turf construction was managed by expert installers Fieldturf NZ after 300mm of topsoil was removed. A base was constructed, shock pad installed and then the artificial turf was sewn together covering the entire field. After the turf was installed, 340 tonnes of sand and 130 tonnes of small rubber granules were layered over the entire surface.

With the turf being floodlit, the hours of use for the field are from 7.30am to 10pm.

The artificial turf was one of the first improvements to the Central Energy Trust Arena as part of Council's Arena Masterplan.