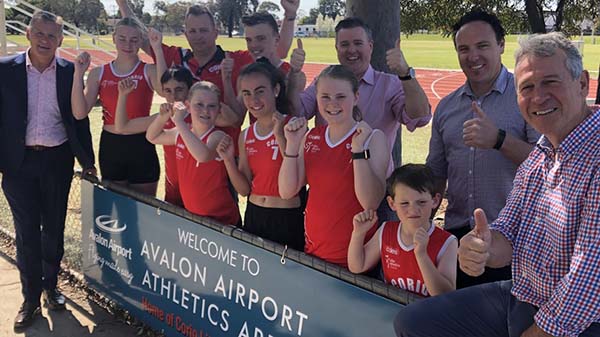 Athletes in Geelong’s northern suburbs now have access to a new state-of-the-art facility at Goldsworthy Reserve in Corio following a $1.3 million upgrade of the reserve’s athletics track fully funded by the City of Greater Geelong.

The makeover has also delivered new triple and long-jump facilities, synthetic turf in the throw cages, improved drainage, kerbing and pavements, and root barriers to prevent damage from nearby trees.

In a further boost for little athletes, the Corio Little Athletics Centre has secured Avalon Airport as a naming rights sponsor for this season. The track will be known as Avalon Airport Athletics Arena for the duration of the season. 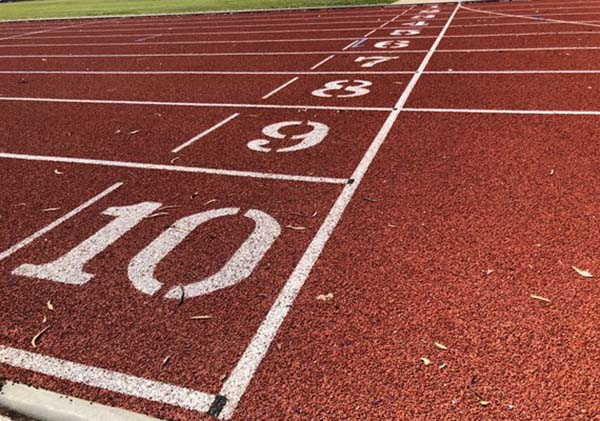 “Given Little Athletics was invented in Geelong in 1964 by Trevor Billingham, it’s appropriate that we continue to support athletics strongly. We hope little athletes will enjoy the new track and that it will help them develop a lifelong love of the sport.

“We also thank Avalon Airport for its generous sponsorship of the Corio Little Athletics Centre.”

Greater Geelong Deputy Mayor Peter Murrihy went on to explain “the redevelopment is a terrific result for the Corio Little Athletics Centre, local schools and residents in Geelong’s northern suburbs, and the council was proud to fully fund it.

“The IAAF standard track and in-built technological features will give emerging athletes the best chance of reaching their full potential, whether that’s progressing to higher levels of competition or simply leading healthy, active lives as adults.”

Councillor Anthony Aitken also noted "this is a significant investment in our north, helping to provide unique and diverse opportunities for the community. The project wasn’t just a renewal; it was a complete replacement of the old track with a brand new one, creating an asset of regional standard.

“The quality of the new facility has given the little athletics centre increased ability to attract sponsorship, with Avalon Airport coming on board as a naming rights sponsor. We thank Avalon Airport and its Chief Executive Justin Giddings for their support.

“We hope the venue will assist in the development of future Olympic and Paralympic champions from Geelong.”

Avalon Airport Chief Executive, Justin Giddings added “the Goldsworthy Reserve athletics track is a great asset for kids throughout the northern suburbs. The recent refurbishment by the City of Greater Geelong not only provides a better facility, but also motivates new kids to give athletics a try.

“The northern suburbs of Geelong are the closest residential area to Avalon Airport and an important source of employees, customers and suppliers. We are delighted to support the growth of athletics in the area and thank the City of Greater Geelong for their wonderful investment in our region.”