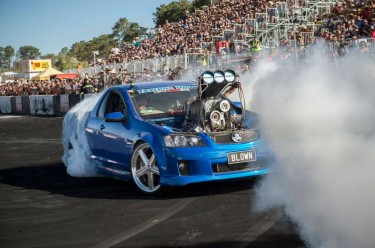 The popularity of Canberra’s annual Summernats car festival is set to expand to the Northern Territory with a new national motorsports event called Red CentreNATS.

The event has the backing of the Northern Territory Government, with Territory Chief Minister Adam Giles stating “I am thrilled (that) the organisers of Canberra’s famous Summernats have agreed to bring their hugely popular brand of high octane fun to Central Australia.

“Anyone who has ever been to Canberra’s Summernats will know just how popular the event is and (we are) working to create the same sort of loyal following for our own Territory version of the event here in Central Australia.”

The Summernats team are excited to extend their reach into Central Australia, securing the Territory’s place on the national motorsports map.

Event co-owner Andy Lopez explains “we are really proud to be working with the Northern Territory Government to deliver a brand new automotive lifestyle festival in the heart of Australia.

“The Red CentreNATS will be a fantastic event for motoring enthusiasts and the Alice Springs community alike, and over the years it will become one of Australia’s favourite horsepower parties.

“We want Red CentreNATS to be a must-attend event on every Australian car lovers’ calendar, bringing people, cars and tourism income to the Alice every year.”

Central Australian motorsports fans are being encouraged to get involved as either volunteers or participants.

Motorsports NT Vice President Jamie de Brenni added “this event is going to be special and will need the support and assistance of the whole community to succeed and prosper into the future.

“It will be the community of Alice Springs that welcomes and embraces this opportunity and turns it into an annual event.”

For more information go to www.redcentrenats.com.au