Recreational surfers undertake as many rescues as volunteer surf lifesavers 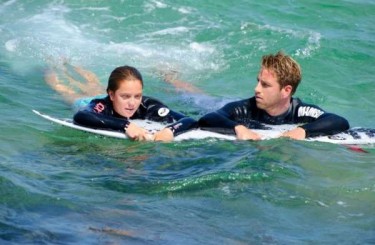 Training recreational surfers in rescue techniques could boost the number and effectiveness of rescues they perform, a new study says.

Recreational surfers are saving as many people from drowning as volunteer surf lifesavers and a new study suggests they undergo further training to prepare them for the “eventuality of having to perform a rescue”.

The study, Guardians of the Surf: The role and value of surfers in Australian beach and coastal surf rescues, by Anna Attard, an honours student at the School of Biological Earth and Environmental Sciences at the University of NSW, found that 63% of surfers felt they had saved a life but that value may be enhanced through improved training.

Attard calculates that the number of surfer rescues must be significant, stating “it would equate to 5,000 rescues per year, which is comparable to the number of yearly rescues conducted by volunteer surf lifesavers.”

Attard found that surfers perform a considerable number of rescues in both patrolled (45%) and unpatrolled (54%) beach locations.

Attard explains “surfers with prior water-safety training are more likely to perform a higher number of rescues, however, ability to perform rescues is not associated with formal training but rather number of years’ experience surfing.

“This study clearly demonstrates that surfers are found in locations that can be hazardous to swimmers and inexperienced surfers and are often in a position to assist beach users who find themselves in trouble.

“However, inexperienced surfers are sometimes more hindrance than help, if they do not have the knowledge or experience to perform a successful rescue.

“Additionally this study identified a gap in surfer ability of treating severe injuries.

“This suggests that further training of both experienced and inexperienced surfers would help to prepare them for the eventuality of a surfer-performed rescue.”

The findings based on 545 replies conducted by online survey come after three-time runner-up world championship surfer Sally Fitzgibbons revealed she had towed a man in his 40s caught in a rip to safety outside patrol hours at Werri Beach beach south of Kiama in early January.

Surfing NSW Chief Executive Mark Windon believes that recreational surfers are well placed to carry out rescues, even with surf lifesavers or a professional lifeguards around, due to their already being in the water with a flotation device.

That had prompted Surfing NSW to put 5,000 surfers through the Surfers Rescue 24/7 program, a three-hour course teaching CPR and rescue techniques.

Windon explained “in a lot of instances they (the recreational surfer) are the first person to respond.

“We have recorded some amazing rescues so far.

“This research reinforces what we have been saying about recreational surfers for some time.

“They are the custodians of the coast and Sally Fitzgibbons has just done a Community Service Announcement for Channel Nine with us and a fair bit of it is pumping up the tyres of Surfers Rescue 24/7.”

The event is being held at Conrad Jupiters.

Click here to read the original story more by Tim Barlass in the Sydney Morning Herald.