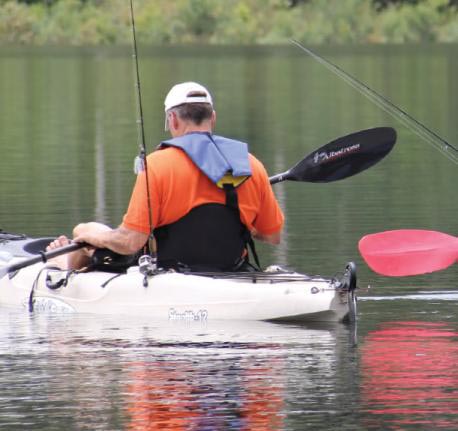 Residents in south-east Queensland will soon have better access to dams and catchments thanks to an extensive review of recreational opportunities, which has reached a major milestone.

Water Supply Minister Mark McArdle said the release of new recreation guides for Cooloolabin and Wappa dams in the Sunshine Coast hinterland means the halfway point has been passed in the process of opening up new and increased leisure opportunities.

Minister McArdle explained “since the review began in the middle of last year more than 3,000 people and organisations have had their say on using these wonderful spaces through community information sessions, workshops and online surveys.

“Greater leisure opportunities are not only good for the public but the resulting increase in visitor numbers has economic benefits for businesses in the surrounding communities.

“Tourism is one of the four pillars of the economy we promised at the election to grow and the ongoing releases of the recreation guides, and the various improvement works that have gone along with them, show the government is delivering.”

• Since the recreation review began in July 2013 more than 2.3 million people have visited Seqwater dams and catchments - an increase of more than 270,000 on the year before.

• Wivenhoe Dam saw a 25% increase in visitations, while Lake Somerset experienced a 20% increase.

Minister McArdle added “the work continues with the release of the recreation guides for Cooloolabin and Wappa dams.

“Public consultation found that the local community and visitors placed a high value on the serenity and the natural environment.”

McArdle said playground, picnic facilities and walking trails would be upgraded, while landscaping, site access, signage and security will also be enhanced.

He concluded “there was some interest in allowing paddle craft and motorised boats to use Cooloolabin and Wappa dams, however the lakes are part of the region’s drinking water supply.

“The Sunshine Coast is home to a number of other lakes where visitors can enjoy boating and paddling, including Lake Macdonald, Lake Baroon and Lake Borumba.”

The recreation review program is nearing the end with the public to be consulted on three more dam clusters covering a total of five lakes.

The last of the guides are due to be issued before Christmas.

The recreation guides for Cooloolabin Dam and Wappa Dam, and details of the Seqwater recreation review process can be found at www.seqwater.com.au/recreview