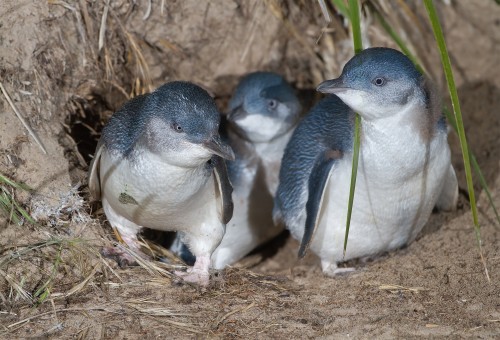 Researchers at Phillip Island Nature Parks have just announced that 2015/2016 was a record breaking year for the little penguins of Phillip Island.

The penguins began their egg-laying much earlier than in any previous year, which meant that many of the productive pairs actually managed to lay a second clutch of eggs within the one breeding season. This resulted in an incredible average of 2.25 penguin chicks fledging (leaving the nest) per penguin pair.

Phillip Island Nature Parks Research Manager Dr Peter Dann stated “this is a very successful result when you consider that the long-term fledging average is one chick per pair.

“Not only did we have the most number of chicks fledge, but they were also the fattest chicks on record, which in the penguin world is definitely an asset.”

Visitors also enjoyed the fruits of all the penguins’ labours, with an average of over 1,100 penguins crossing the beach at the Penguin Parade each night across the 12 month period.

Dr Dann added “seasonal conditions mean that numbers do vary each night, but to achieve this average over the full year is, in the words of a former Prime Minister, a ‘beautiful set of numbers’.” 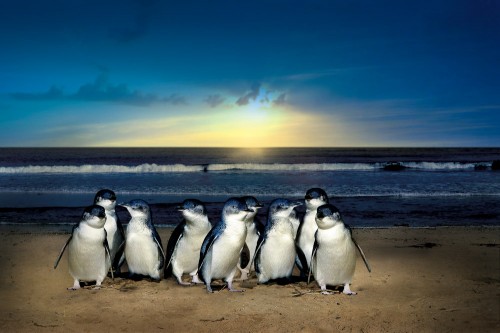 Many of the colony’s penguins are currently spending their time out at sea, hunting and fishing in the lead-up to the next breeding season. The penguins that are in their burrows now are in good body condition, suggesting that the fishing is good out at sea.

In April, the Victorian Government announced that will provide $48.2 for a major redevelopment of the attraction’s Visitor Centre, replacing the out-dated 1988 facility with a larger and better equipped centre that has a smaller environmental footprint. Phillip Island Nature Parks will add $10 million to the project for a total cost of $58.2 million.