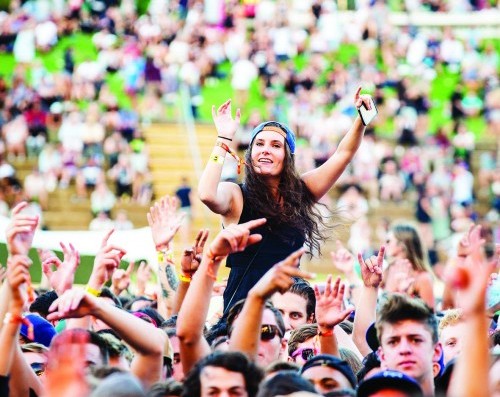 Music lovers from around New Zealand flocked to Auckland’s outdoor stadiums during the summer months, boosting the local economy by more than $37 million – the city’s most successful outdoor concert season to date.

Independent research commissioned by Regional Facilities Auckland (RFA), the organisation responsible for securing and staging the events, shows that the seven concert line-up attracted more than 126,000 people from outside Auckland, generating 170,420 visitor nights that boosted the city’s economy by $37.7 million.

Brooks explained “RFA, with the support of Auckland Council and CCOs Auckland Transport and ATEED, has successfully positioned Auckland as an attractive destination for major international touring concerts and it is extremely rewarding to see the tremendous economic and cultural benefits our activities bring to the city.”

Auckland Mayor Phil Goff says large-scale touring concerts are valuable contributors to Auckland’s visitor economy and play an important role in the city’s economic growth, commenting “the flow-on effect for the accommodation, transport, hospitality and tourism attraction sectors is significant – over the past five years, stadium concerts have generated more than $100 million in visitor spend.“

RFA has invested $11.2 million in upgrading facilities at Mt Smart and Western Springs stadiums over the past two years.

Brooks says the upgrades have increased the stadiums’ flexibility for multi-event programming and made them even more appealing to promoters and sporting codes, concluding “our strategy to increase the use of Auckland’s stadiums by turning them into cost-efficient venues suitable for a range of events is paying dividends. RFA’s investment in event infrastructure and turf protection has enabled us to stage a record-breaking number of back-to-back concerts over the summer and then, in the space of a few days, make the venues match-ready for sports fans to watch their favourite teams.”

The research, conducted by The Fresh Information Company, was based on official ticketing data, large-sample online surveys of event attendees and financial information provided by event promoters.