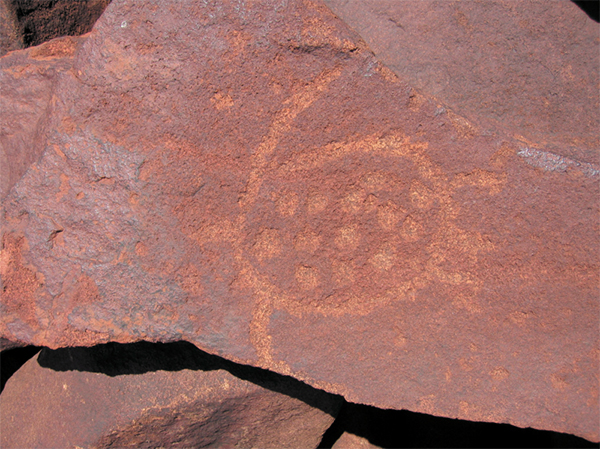 Murujuga National Park, home to the world's highest concentration of rock art engravings, will be expanded to include a 221-hectare parcel of land previously zoned for industrial use, ensuring its continued protection.

The additional section of land known as 'Site L' will be transferred to the Murujuga Aboriginal Corporation (MAC) to be leased back to the State and managed as part of Murujuga National Park.

Murujuga National Park is home to the world's highest concentration of rock art engravings, or petroglyphs and this transfer of Site L demonstrates the State Government's commitment to protecting the area.

Last year, MAC and the Western Australian Government announced a World Heritage nomination would be progressed for Murujuga, the traditional name for the Dampier Archipelago and surrounds, including the Murujuga National Park.

This followed formal support for the nomination from traditional owners.

If successfully listed, Murujuga will be one of only two World Heritage sites in Western Australia inscribed for their cultural values.

The Western Australian Government has invested $1.33 million towards the Murujuga Living Knowledge Centre and Tourism Precinct at Conzinc Bay, as well as $649,000 allocated to implement the Murujuga Rock Art Strategy.

Under the Western Australian Government's Plan for Our Parks initiative, an extra $22 million is being invested in the creation and ongoing management of national parks, marine parks and conservation reserves across the state.

Commenting on the new protections, Western Australia Premier Mark McGowan advised "the inclusion of this land into the park is another step forward in recognising the significance of the area to the traditional owners.It will enable MAC to progress tourism and socio-economic opportunities, including the Murujuga Living Knowledge Centre and Tourism Precinct. The project will help unlock the tourism potential of the area and create jobs for locals.

"This Government recognises that the rock art of Murujuga is a vital part of Western Australia's cultural heritage and is of immense significance to the traditional owners.

"In partnership with MAC, the McGowan Government has made steady progress towards the World Heritage nomination, with a Tentative List Submission in development."

Western Australian Environment Minister Stephen Dawson added "in partnership with MAC, the McGowan Government is continuing to work with stakeholders to have the area's dense and diverse collection of rock art internationally recognised at the highest level.

"The rock art at Murujuga is thousands of years old and of immense cultural and spiritual significance to the area's traditional owners, and of national and international heritage value.

MAC Chief Executive Peter Jeffries noted "we are excited that the national park is set to expand, and we thank the State Government and the City of Karratha for working with us to achieve this outcome.

"This decision will assist MAC in its plans to build the Murujuga Tourism Precinct at Conzinc Bay.

"The return of Site L provides us with certainty that no further industrial development will proceed in the northern Burrup adjacent to our proposed Living Knowledge Centre and campground at Conzinc Bay.

"The Centre is a watershed project which is going to showcase Aboriginal history and culture and provide a tourism boost to the Pilbara."