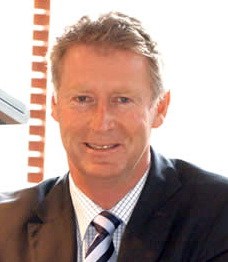 In his current role, King has each year overseen the Sydney Royal Easter Show, the largest single event in Australia and has played a leading role in securing Government investment for the new $65 million, 25,000 seats Main Arena Stadium which, among other things will host the Greater Western Sydney AFL team.

Announcing King's appointment, MCEC Trust Chairman Bob Annells explained "the Trust had been lucky to attract an executive of Peter King's experience and quality to the crucial Chief Executive role at the MCEC. He brings great insight and a tremendous track record of achievement in venue management and international marketing among many other attributes.

"With his valuable range of skills, Peter will be instrumental in providing higher level strategic planning and management input as the MCEC business grows over the coming years in an increasingly competitive international and national business events environment.

"I'd like to congratulate Peter on his appointment and look forward to working with him and MCEC's senior management team on further developing our multi award-winning venue."

King's departure from the RAS prompted Society President Glenn Dudley to state "I'd like to take this opportunity to acknowledge Peter's significant contribution to the RAS since his appointment in November 2007, and wish him all the very best in his new role.

"On behalf of the RAS Council, I thank Peter for his help over the past four years in advocating the development of agriculture in Australia by ensuring that the industry is recognised and appreciated for the vital role it plays in the health and wealth of Australia."

"Peter's dedication and commitment has been outstanding and places the Sydney Royal Easter Show and the Sydney Showground in a strong position to continue to grow."

King says it is with mixed emotions that he leaves the RAS, adding "in many ways I am sad to be leaving the RAS, but I am very proud of what we have achieved here over the last four years and I am grateful to have been given the opportunity to play a part in the ongoing, and developing, legacy of the RAS.

"This has been a dream job and without doubt the best part has been working with such a great team of passionate and hard-working people."

King will take up the position at MCEC on 31st December.