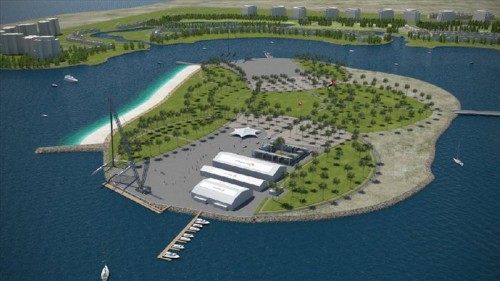 The Emirate of Ras Al Khaimah is to host the 33rd America's Cup sailing competition in February 2010.

The Ras Al Khaimah Investment Authority (RAKIA), the government body responsible for the socioeconomic growth of the Emirate, made the announcement, which marks the first time that the race will be held in the Middle East. RAKIA said that the Cup is the first of a series of upcoming prominent events that will reinforce Ras Al Khaimahâs emerging status as a leading destination in the region.

HH Sheikh Saud Bin Saqr Al Qasimi, Crown Prince and Deputy Ruler of Ras Al Khaimah, explained "we've made critical improvements to our commercial and economic infrastructure that are paying off in terms of high tourist footfall and rising numbers of investors and business organisations.

"We are directing our success towards the events sector as well, with the Americaâs Cup serving as a centrepiece addition. RAK's association with prestigious global events will help further enhance its image as a rapidly-evolving economy and a highly attractive investment and leisure destination in the Middle East."

The hosting is being subjected to extensive litigation in the New York Courts with the latest round of litigation seeing the Golden Gate Yacht Club of San Francisco (represented on the water by the BMW ORACLE Racing team), the Challenger of Record, asked the Courts to reject Ras al-Khaimah as the venue.

Ras Al Khaimah is one of the fastest growing economies in the Gulf. Aside from being an investment haven, the coastal emirate is also one of the region's favourite tourist destinations, featuring pristine beaches, majestic mountains, and a unique community where age-old traditions and modern life co-exist.

Image: The planned Ras Al Khaimah yachting base for the America's Cup.