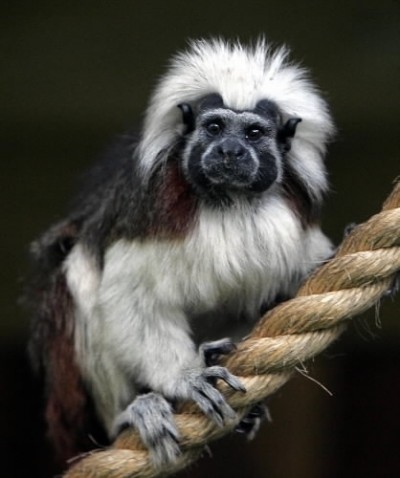 A rare monkey has been returned to his home at a Wollongong wildlife park, almost nine months after he was stolen from his cage.

Rico, a cotton-top tamarin, was removed from his enclosure at the Symbio Wildlife Park at Helensburgh on 30th May last year when he was just six months old.

The other tamarins were found in an Auburn park on 1st June, while the pygmy marmosets were located at an Auburn veterinary clinic.

On Saturday, a man who said his friend had bought Rico over the internet returned him to the wildlife park.

The 34-year-old man from Victoria told police he returned the monkey once he realised it was stolen.

Two teenage boys aged 17 and 18 were charged over the theft last year.

According to the NSW Department of the Environment, Water, Heritage and the Arts the illegal trade in wildlife is believed to be worth billions and the species most commonly stolen are reptiles, birds, fish, insects and plants,

In October, two tamarins were taken from the Alma Park Zoo, north of Brisbane. One monkey was found dead shortly after.

John Radnidge, owner of Symbio Wildlife Park said last year that he had strengthened security at the park following the thefts, adding 24-hour security and signage.

Police said in a statement that there would be no further investigation.