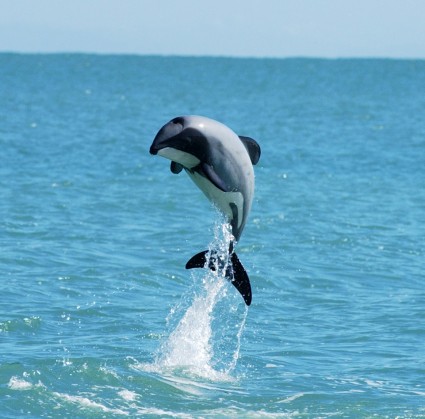 Coastal areas that ban fishing can provide havens for endangered wildlife, according to a new report.

Findings from a research project conducted over 21 years and published in the Journal of Applied Ecology show that a marine sanctuary off the coast of Christchurch has significantly improved the survival of Hector's dolphins.

They are one of the rarest species of dolphins, native to the waters around New Zealand, with only around 8,000 animals thought to be left in the wild.

Marine Protected Areas (MPAs) have long been advocated as a way to protect sea mammals, but the New Zealand project is the first to confirm this.

The research shows that MPAs work, but they have to be large enough in order to be effective.

Since the MPA was designated, the dolphin's survival has increased by 5.4%, according to the report.

Covering 1,170 kilometres2 of sea off New Zealand's South Island, Banks Peninsula Marine Mammal Sanctuary was designated in 1988 to prevent the dolphins being killed by gillnet and trawl fisheries.

Dr Slooten added "we can identify individual dolphins from their battle scars - which range from small nicks out of the dorsal fin, to major scarring following shark attacks.

"Estimating population changes in marine mammals is challenging, often requiring many years of research to produce data accurate enough to detect these kinds of biological changes."

The study also shows that to be effective, MPAs need to be sufficiently large.

"The take home message is that size matters. Marine Protected Areas work, but they have to be large enough in order to be effective," Dr Slooten concluded.