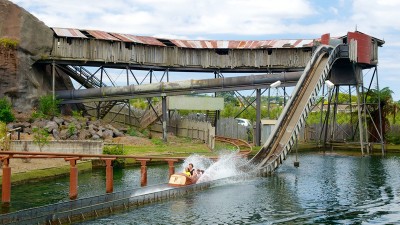 Held last week at the IAAPA Attractions Expo in Orlando, Florida, Rainbow's End was awarded the Best Employee Reward and Recognition Program and Best Innovation in a Training Program for a facility with annual attendance less than one million.

The leading Kiwi attraction was also one of three finalists nominated for the Best Worldwide Family Entertainment Facility, an impressive achievement given the level of worldwide competition.

A delighted Rainbow's End Chief Executive Chris Deere welcomed the Awards stating "while we continually seek to improve what we do, these awards reinforce to our team that we are operating at a level higher than many comparable overseas parks.

"Rainbow's End has invested heavily in park improvements over the past few years and the capital investment will continue to ensure we keep the park modern and relevant for our guests."

Australasian and Asian 2012 Brass Ring award winners in 2012 were: