Rainbow Laces campaign aims to kick homophobia out of sport 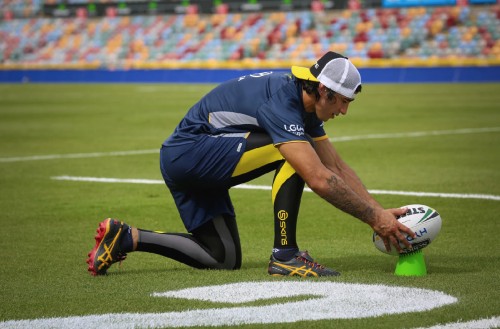 Australian sporting teams and their fans are being urged to make the sporting environment a more inclusive place for all by helping to address one of the last great taboos of sport – homophobia.

Teams and individual athletes have been invited to show their support for booting-out homophobia from sport by supporting the #RainbowLaces campaign and wearing rainbow laces at their games during a ‘Rainbow Round of Sport’ to be held from 31st March to 4th April across the four football codes and netball.

Andrew Purchas, Vice President of ACON (the NSW-based HIV and LGBTI health organisation) and co-founder of the Pride in Sport Index (PSI) explains “it’s a great thrill for Australia to have its own #RainbowLaces campaign.

“We know from our advocacy partners in the UK where they have held a similar #RainbowLaces campaign for the past three years, that it has been a great way of bringing the issues around homophobia in sport to the attention of the broader community, which is essential to make change happen.”

Purchas said that the premise underlying the Rainbow Round of Sport is that everyone should be able to enjoy sport regardless of their sexual identity or preference. The extent of homophobic attitudes and behaviour in sport in Australia were laid bare in a 2015 global study commissioned by Bingham Cup Sydney 2014 in conjunction with Repucom entitled Out on the Fields.

The Out on the Fields report showed that, within Australia, 80% of more than 3,000 respondents had witnessed or experienced homophobia in sport, and 70% believed that youth team sports are not safe and supportive for LGB people. 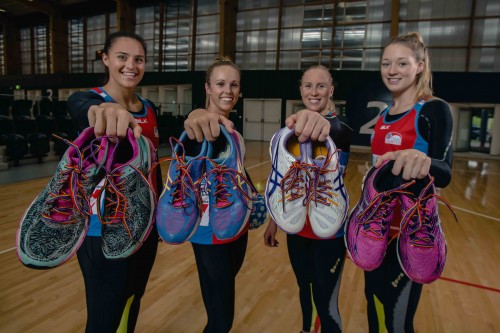 Purchas added “by wearing #RainbowLaces, athletes are helping us say #KnotMe to homophobia in sport. We hope it will also encourage national and state sporting organisations and clubs to join the Pride in Sport Index.”

Teams that have committed to wearing #RainbowLaces this weekend are the North Queensland Cowboys, Penrith Panthers, Brisbane Lions, GWS Giants, NSW Swifts, Sydney FC,  the Brumbies and Waratahs. The initiative has also been endorsed by Professional Footballers’ Australia, the Rugby League Players’ Association, the Rugby Union Players’ Association and the Australian Rugby Union.

The Australian #RainbowLaces campaign has been made possible by the involvement of Australian-owned global sportswear company, SKINS.

SKINS Executive Chairman Jaimie Fuller “frankly, I was horrified when I read about Out on the Fields and the extent to which homophobia in sport is preventing sportsmen and women, young aspiring athletes, and others involved in the sporting world from taking part.

“Sport isn’t about who or what you are, but about shared experiences, shared endeavours, team work and fair play. By its very nature, sport and inclusivity and diversity should go together.

Fuller said that sport has also been traditionally silent on the issue, with very few sportsmen and women comfortable in talking about homophobia in sport. 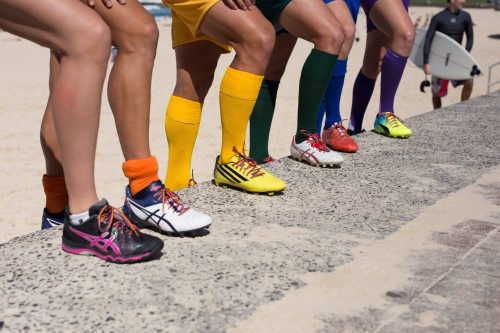 He added “I am proud that SKINS has partnered with Pride in Diversity in bringing #RainbowLaces to life in support of the Pride in Sport Index.

“I also congratulate the ARU, the teams, players’ associations, and importantly the individual athletes who are not afraid to say #KnotMe to homophobia in sport.

He added that the Rainbow Round of Sport is not a one-off, stating “social and cultural change do not happen overnight, and we’re in this for the long haul with Pride in Diversity.

“I hope more teams and athletes participate next year to help us make sport the safe, secure and welcoming environment that it should be, and where the only thing that counts is what happens on the field of play.”

Fuller said he had also written personally to every Federal and state politician inviting them to support anti-homophobia measures in sport.

He concluded “sport reflects society. I sent every politician their own pair of #RainbowLaces so they can join us in helping to boot-out homophobia.”

#RainbowLaces are also available for free to community sporting organisations by heading to the website www.rainbowlaces.net or for individuals from participating Rebel or Amart Sports stores while stocks last.

Images: NRL star Johnathan Thurston is backing #RainbowLaces (top) along with the NSW Swifts (middle). #RainbowLaces on display at the event launch (below).