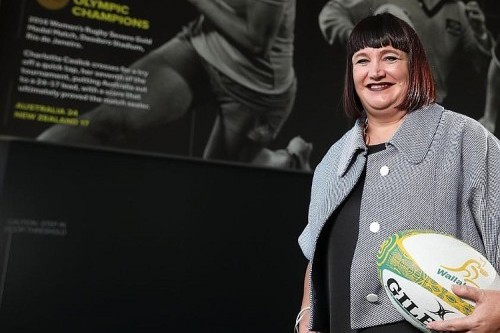 Rugby Australia Chief Executive Raelene Castle has this evening resigned from her role.

Castle ended her tenure, which started back in late 2017, following a group of former Wallabies captains having called for a change of leadership earlier this week.

In addition, a disruptive year for Castle included the sacking of Wallaby Israel Folau, significant pay cuts for players and staff as a result of the Coronavirus pandemic and protracted negotiations for a new broadcasting deal.

In a statement initially reported exclusively by ABC’s 7.30, Castle advised “I love rugby on every level and I will always love the code and the people I have had the honour of working with since I took this role.

“I made it clear to the board that I would stand up and take the flak and do everything possible to serve everyone’s best interests.

“In the last couple of hours, it has been made clear to me that the board believes my no longer being the CEO would help give them the clear air they believe they need.

“The game is bigger than any one individual - so this evening I told the Chair (Paul McLean) that I would resign from the role.”

A fuller statement issued later by Rugby Australia, Castle (pictured above) added "I wish the code and everyone who loves rugby nothing but the best and I would like to thank the people I work with and the broader rugby community for their enormous support.”

In a turbulent week for Australian sport, NRL Chief Executive Todd Greenberg was forced to leave his position on Monday.