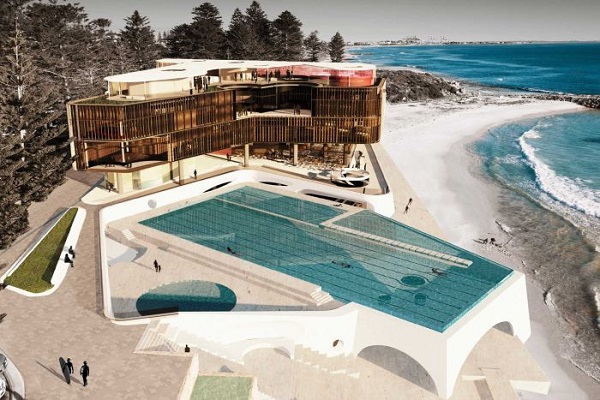 Perth's famous Cottesloe Beach could be redeveloped with ocean side swimming pools and new pavilions replacing the Indiana tearooms as envisaged in a design competition instigated by mining industrialist Andrew Forrest.

With the landmark tearooms recently purchased by his Forrest’s Minderoo Group, four entries have been shortlisted in the competition, fronted by Perth architect Geoffrey London, with designs including public pools and viewing terraces, restaurants and bars.

With the Scarborough Beach Pool having revitalised that suburb, the Minderoo Group is using that example to drive its plans for Cottesloe Beach.

London explained that the concepts "provide a fresh perspective on the potential of this beachfront site".

However, with all four concepts involving the demolition of the historic tearooms there is no guarantee the designs will be built.

Feedback from the local community is being sought with London saying this would shape the future direction of the project. 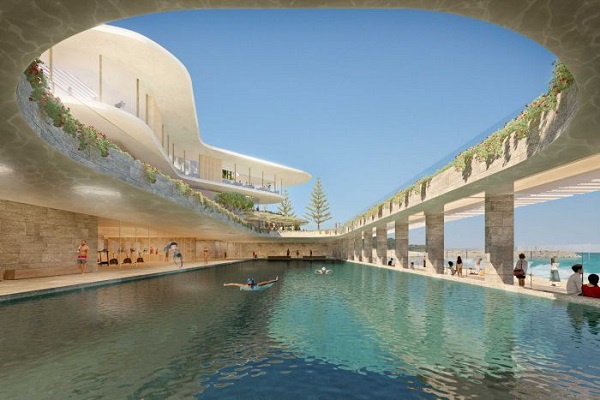 He advised “design excellence will be an absolutely primary factor, the way the building responds to the landscape, and the way it is able to respond to providing real benefit to the community will be key.

"This is the beginning of what will prove to be, I suspect, a quite lengthy process … once a preferred design is selected it will be a backward and forward exercise, talking with the city, with the council, with the community and with Minderoo in developing up a design to everyone's satisfaction."

One concept, submitted by Durbach Block Jaegers Architects, includes two pavilions built at street level that would house a bar, grassed terraces and casual and fine dining options plus a swimming pool at the end of the groyne.

Another, by Kerry Hill Architects, would see a lap pool and children's pool housed beneath sweeping curved terraces, as well as multiple dining options.

The design by Neeson Murcutt + Neille, along with Simon Pendai Architect and Sue Barnsley Design, included spaces "designed to appear as if they are carved out of solid rock".

It would pair public pools with relaxed dining options on the lower floor, and finer dining with a bar and garden terrace on the upper levels.

The most extravagant of the finalists, a design by Spaceagency and Place Laboratory, would send a public saltwater pool jutting out over the beach.

It would also have multiple dining options, as well as a rooftop terrace with summer bar.

The brief also included an option explaining a "limited refit" of the existing Indiana building might also be possible.

The Indiana building in its current form opened as a restaurant in 1996 on the site of an ice cream parlour known as the Indiana Tea House, which was originally built in 1910. 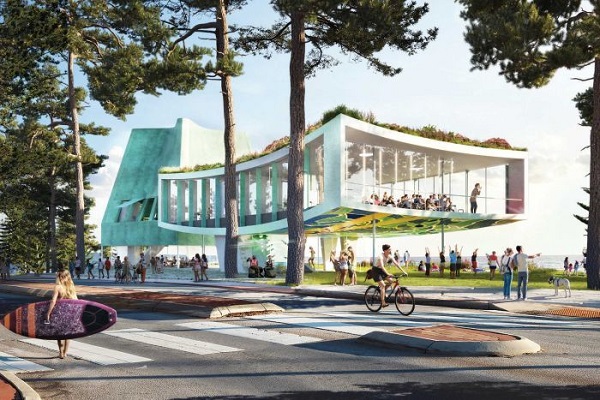 Once the community has had their say on the proposed designs, London continued "the jury will consider the design concepts in conjunction with the public feedback and determine a way forward".

Major structural alterations to the Cottesloe foreshore have rarely been met with a warm welcome from locals.

All of the proposed designs will likely be assessed by a Development Assessment Panel, which could mean a partial bypass of council planning approval processes with London advising that initial discussions with the City of Cottesloe had been positive.

He added “my understanding is that Minderoo has already had very good discussions with the local authority, there is a positive response to date on the process that is being embarked on.

"I understand there will be strong involvement from the local authority in the way the project develops."

The success of the Scarborough Beach Pool is profiled in the latest issue of Australasian Leisure Management.