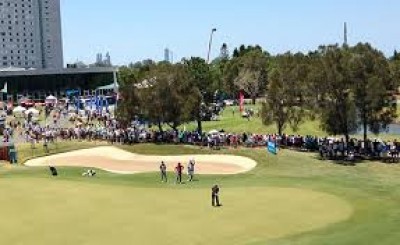 RACV Royal Pines on the Gold Coast, Queensland is set to host its fourth Australian PGA Championship and the second over its fully revamped layout when the event gets underway from 1st to 4th December.

In 2015, the newly completed and redesigned tournament course at the multi-facility resort proved a demanding test, a score of even par being good enough to earn a place in the playoff between eventual winner, Nathan Holman, South African Dylan Frittelli and American Harold Varner III.

With the benefit of 12 months of additional maturity, however, the layout, while still expected to offer a stern examination for the ISPS HANDA PGA Tour of Australasia and European Tour field lining up in one of Australian golf’s great championships, should see improved scoring on that produced last year.

Given the blustery conditions on the opening two days 12 months ago and the firmness of the greens brought about by their newness back then, the high scoring was perhaps not unexpected.

After all, the brief of golf course designer, Graham Marsh, had been to ensure a far stronger test than had been the case in professional tournaments of either gender in the past at RACV Royal Pines. With so much learned about how the new course would play and that settling in process, the 2016 version is expected to offer greater scoring opportunities for those playing the Australian PGA Championship.

Lincoln Coombes, RACV Royal Pines golf course Superintendent has been tasked with having the course at its peak for the event.

Coombes explains “I think the course is settling nicely. We have had a lot of use this year with so much interest in the new layout and the feedback has been very positive especially as players learn to play the course from the tees that best suit their handicap and capabilities.

“There will likely be a few changes in set-up this year including bringing the markers forward on the 14th because the windy conditions and its direction last year made it challenging to keep the ball on the green there.

“There may be some different pin positions used this year based on what we learnt last year. So overall I feel it will offer a very fair test now that the front-9 has had two years to settle in and the back nine the 12 months.

“We have programmed a light aerate in the next couple of weeks to soften up some of the areas that may have been of concern as we want the greens both firm, yet receptive,” added Lincoln.

Memberships at RACV Royal Pines have more than doubled in the last two years and usage by casual golfers or visitors has increased exponentially in that time as golfers have become aware of the greater test and the more aesthetically pleasing experience the layout now provides.

David Hogben, Manager of Golf and Sports at RACV Royal Pines, is delighted with the impact the changes are having on player numbers. 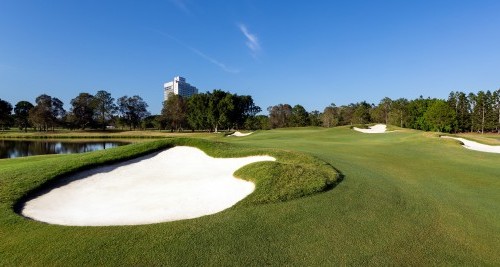 Hogben stated “the members love the challenge the new course provides and for those that are visiting and have perhaps not been here for a while they certainly notice and are enjoying the difference.

“The golf course is a lot more demanding and asks a lot more of a player now. Having 27 holes back in play is playing its role in number increases but there is also a great deal of overall interest and acceptance in the new look layout.”

John Morris, General Manager RACV Queensland Resorts is also very pleased with the positive impact the upgrading of the golf course and other facilities are having on overall business for the resort, adding “now the course is settling in the figures are reflecting a very positive response to the course – we are seeing a really solid response from golfers of all levels.

“We are picking up members from not only our local residents but from some of the other courses in the area as people play the new layout and experience the new challenge it offers.

“The redesign and improvement of the course has been complemented by the addition of new leisure facilities such as One Spa, the gymnasium and the brand new water park, catering for toddlers through to teens which, when added to our extensive range of restaurants, provides a comprehensive range of facilities and entertainment.”

The Australian PGA Championship is proudly supported by the Queensland Government through Tourism and Events Queensland’s It’s Live! in Queensland major events calendar.