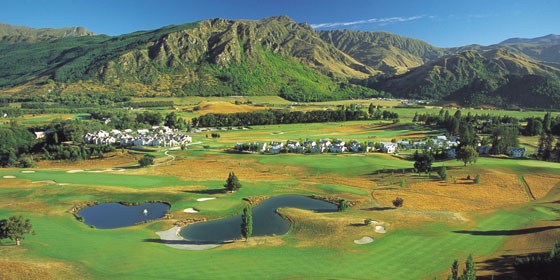 Queenstown’s award-winning Millbrook Resort has conditionally purchased 66 hectares of land adjacent to the five-star resort, which could significantly expand the property and potentially see the resort upgraded from its current 27-hole layout to a full two-course layout.

The land, adjacent to Millbrook’s western boundary, is fairly rugged in nature and has obvious and significant potential for improvement through integration with Millbrook. The economic realities of sheep farming have meant that land maintenance and improvements over the past few decades have been uneconomic and therefore limited.

Millbrook Property and Development Manager Ben O’Malley described the land as “a bit rough at present”, adding “however, with careful planning and a lot of hard work its natural beauty can be restored and used sustainably.

“Mill Stream runs through the land before passing through Millbrook Resort, but unlike at Millbrook it’s largely choked with Willow trees.

“We see some great opportunities to continue upstream the riparian and habitat restoration we’ve successfully completed at Millbrook, which has seen bird and fish life in the Millbrook section of Mill Stream flourish since the development of Millbrook’s Coronet Nine golf course.”

O’Malley said the resort was “very excited about the acquisition” and “confident” of obtaining OIO (Overseas Investment Office) approval, given Millbrook’s contribution to the local economy and the New Zealand tourism industry and the fact acquiring the land would enable Millbrook to create further employment and tourism opportunities for the district.

Millbrook Chief Financial Officer Brian Spicer said Millbrook had had “a major positive influence” on the local economy in terms of employment and tourism over the past two decades.

“We employ around 200 staff directly, with an $8 million annual payroll, and employ many others indirectly in the service and construction industries.”

Millbrook is owned by the Japan-based Ishii family, which is the reason OIO consent is needed for the acquisition. The Ishii family bought the original Millbrook land in 1988, and it has been under development since then. Opened to the public in 1994 the Ishii family’s ultimate vision is to develop “the best golf and lifestyle resort in the world”.

O’Malley adds “this is a lofty but achievable aspiration that is at the core of everything we do and the new land would enable Millbrook to take the next step on that journey.

“Resort development was new territory for New Zealand at the time, and over the last 25 years the Ishii’s have exercised patience in realising their vision, with the result being the world class destination Millbrook is now. It’s a long slow process and all profits have so far been invested back into the business. Taking on the extension of the resort shows a continuing commitment to that vision.”

Boasting many awards and accolades, Millbrook Resort is renowned the world over for its exceptional accommodation, spa, restaurants, golf course and property, facilities which are open to Millbrook members, hotel guests and to the public as day visitors. Over the years the residential community has grown considerably in terms of permanent residents and holiday home owners. The resort is also a great community supporter with events hosted at Millbrook including the Tour de Wakatipu, the upcoming Queenstown Marathon and a co-host of the New Zealand Golf Open.

O’Malley said no firm decisions on future plans for the land had been made, and that Millbrook would “take its time” to assess various options.

He concluded “there are some obvious rural lifestyle options that we could work towards, however it is the prospect of an extended golf offering that has us the most excited.

“We’ll have a better idea of preferred options once we have the OIO decision and have been able to consult with relevant neighbours.”

Millbrook currently comprises 27 golf holes with only one full 18-hole course available at any time using a mixture of the three nines – the Arrow Nine, Remarkables Nine and newer Coronet Nine. This has maintenance benefits but limits golfing capacity to just a single course shared between members and guests, which can be an issue at peak times.

For more information go to www.millbrook.co.nz