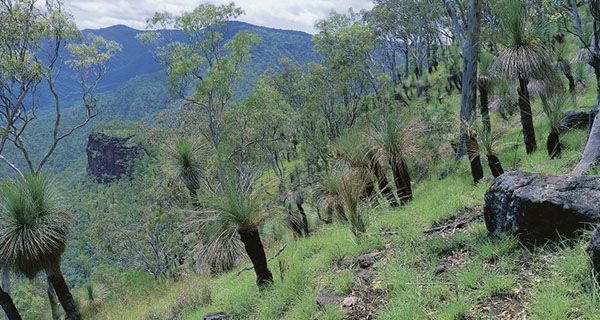 The Queensland Government has announced close to 6,300 hectares of land south-west of Brisbane will be protected through the expansion of a World Heritage-listed national park and the creation of a new conservation estate protecting key habitat for the glossy-black cockatoo, brush-tailed rock wallaby and the powerful owl.

More than 3,400 hectares of the former Glen Rock State Forest would be converted and added to Main Range National Park south of Gatton, while a further 2,890 hectares would become the new Main Range Conservation Park.

“It follows the handback of more than 160,000 hectares of land back to the Eastern Kuku Yalanji people in the state’s far north earlier this year, plus another 4,400 hectares across the state also being protected.

Glen Rock’s rivers and creeks support key riparian habitat and are part of an important aquifer recharge area for the Lockyer Creek system, which is a tributary of the Brisbane River.

The vegetation on Glen Rock also forms part of state-significant biodiversity corridor that extends through to the Bunya Mountains and further north.

Following the transfer, the former state forest land will combine with Main Range National Park to host over 41,000 hectares of continuous protected area ranging from the New South Wales border, north along the Great Diving Range.

The property was formerly one of the largest cattle grazing properties in South East Queensland before it was purchased by the Queensland Government in 1995.

More recently, Glen Rock State Forest has been used for a wide variety of purposes including bee-keeping, research projects, camping, bushwalking and horse-riding.

Its pastoral history is still featured in its heritage infrastructure such as fences, gates and paddocks that contribute to the character of the property.

Minister Scanlon advised “my department is now working with the Yuggera Ugarapul people to identify key values of the Glen Rock and the Main Range area to determine future management requirements that will best address threats to the environmental and cultural values of the land.”

Queensland Conservation Council Protected Areas Program Manager Andrew Picone said well managed protected areas are one of the most effective ways to reverse the decline in biodiversity and save many species from extinction.

“In 2019 approximately 12,685 hectares of Main Range National Park was burnt in the 2019 fires, so protecting Glen Rock State Forest, which escaped these fires, is the right move,” Picone said.

“The split of national and conservation parks provides a balanced outcome ensuring park users can still enjoy the existing recreational opportunities including mountain biking and horse riding in appropriate areas.”