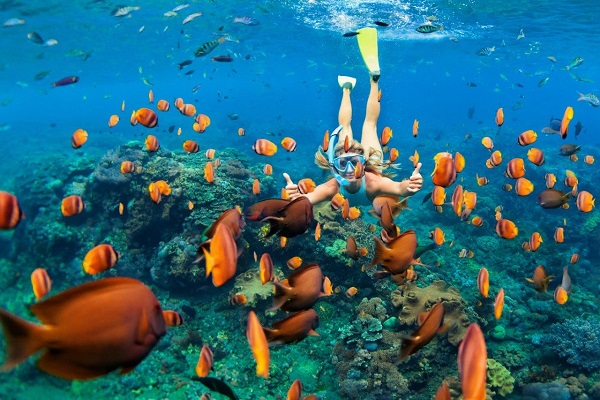 The new International Visitor Survey data showed 239,000 Americans spending a record $422 million in Queensland over the year while New Zealand tourists also spent more than ever, generating $590 million for Queensland’s economy with strong 21.3% growth in the Japanese market boosting visitor expenditure to $470 million.

“Diversifying our visitor mix is an important part of that strategy. That’s why it’s great to see more Americans than ever before coming to Queensland. This is thanks to an aggressive marketing campaign in North America.

“We’re also seeing a resurgence in Japanese tourists to Queensland thanks to a stronger relationships with our travel partners in that region.

“These are great numbers that should be bolstered further by new flights from San Francisco, Chicago and Tokyo set to take off later this year and the destination marketing campaigns that will support them.”

The combined national and international visitor surveys show year-on-year growth of 12.2 %  in overnight visitors and 7.4 % growth in visitor expenditure, with a record 28.4 million visitors spending $25 billion in the year ended September 2019.

Domestic visitors to Queensland led the way with record expenditure of $19 billion. A record number of Victorians experienced a Queensland holiday in the 12 months to September 2019 leading the strong growth in domestic visitation.

Minister Grace added “Domestic tourism is still our bread and butter. With more attractions and experiences being delivered by the government we expect these numbers will continue to grow in the future because we’re giving tourists what they want.”

The international education sector continues to perform well with a 12.2% increase in expenditure to a record $1.777 billion.

Minister Grace also pointed to the successes around Queensland, with a number of regions experiencing growth, particularly the state capital, concluding “Brisbane is in vogue and continues to experience strong growth, with records in both international and domestic visitors and expenditure.