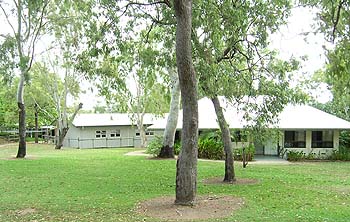 Another troubled centre, the Magnetic Island Active Recreation Centre, now managed by the Queensland Department of Sport and Recreation is have new management options formalised by 30th June 2008 with new management arrangements anticipated to be in place by January 2009.

The disposals follow a January report from the Queensland Government's Service Delivery and Performance Commission that, having reviewed the financial statistics and occupancy rates of the centres, recommended they be immediately divested.

As a result of the report, Minister Spence's office stated that "these centres have been losing money for years, one has already been closed for 14 months, and others are in isolated and unviable locations with less than 2% occupancy."

Total losses for the six centres in 2007 are believed to total more than $1.2 million.

The Queensland Department of Natural Resources and Water is now managing the divestment process that will, among other options, include offering the centres to local councils - with the exception of the Lake Julius Centre, which was permanently closed in December 2007 and is being handed back to the land owner Sunwater.