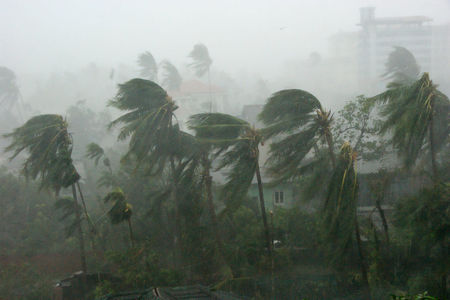 Tourism operatots in North Queensland are taking stock after the impact of tropical cyclone Yasi left a trail of devastation through the region.

The cyclone is now heading inland towards Georgetown and Charters Towers and has been downgraded to a category two storm, but many residents are still trapped in their homes as Yasi continues on its path of destruction.

Away from the cyclone's path, Hamilton Island has reported minor vegetation damage, including downed tree branches, as the only evidence of the Cyclone which at its worst saw winds of just over 100 kilometre on the island.

Largely evacuated earlier in the week, around 60 guests and residents along with 300 staff, including the resort's management team, chose to remain on island.

Clean up has begun and it is expected that business will return to normal by noon (Queensland time) today.

The island, which has not imposed any amendment/cancellation fees for bookings arriving up until 6th February, is anticipating that it will receive new guests as of this weekend.

Queensland Tourism Industry Council Chief Executive Daniel Gschwind told the ABC that the cost on the industry caused by the recent floods and the cyclone may reach $1 billion.

"As late as last week the State Government estimated the business losses to the tourism industry alone in excess of $300 million from international and interstate tourism alone.

"We expect that the domestic or the intrastate losses add another couple of hundred million dollars to the losses.

"So even prior to this cyclonic event we have now, we have a very very severe blow to the tourism industry."